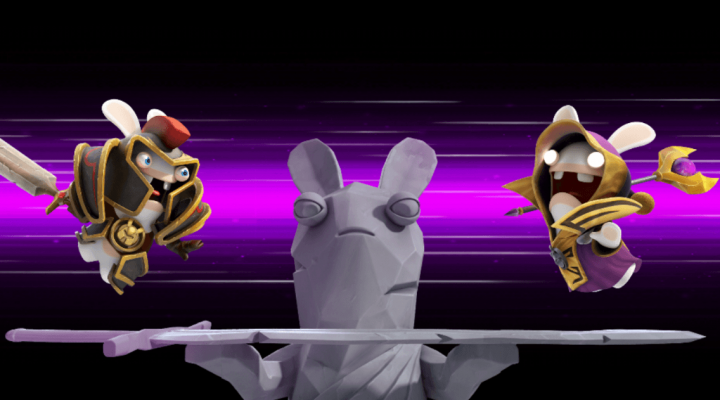 Ok, there aren’t *actual* carrots, but the Rabbids are the closest that Ubisoft’s Rayman family comes to rabbits, and man oh man have we seen a lot of them over the years. That’s not a complaint, mind you; for good or bad, the Rabbids are an oft-experimented with property for Ubisoft — and their latest experiment offers a unique mix of cards and combat on the App Store. 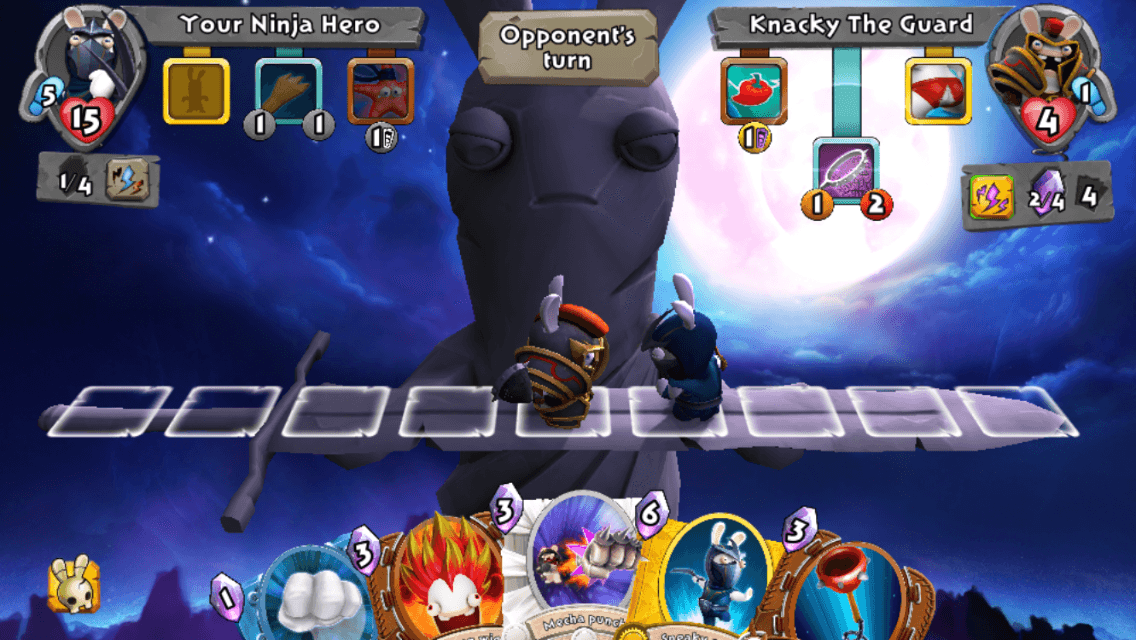 Currently available on the Canadian App Store in soft launch, Rabbid Heroes takes a familiar formula — in this case, Hearthstone — and rethinks it from the ground-up to create a game of card-powered turn-based combat. Players will move along a line, square by square, looking to dish out damage to each other. This is done by equipping weapons, stances, and items that can be activated by the player — but can only be equipped if they have enough mana to play the card.

It’s a hybrid that plays about as strange as it sounds, but after a few rounds with Rabbids Heroes, it’s hard not to see the potential. There seem to be some extra little strategies at play, too. You can only use your equipment once per turn, for example, but if you switch your weapon out after using it, you can land a second attack in the same turn. It might be a game of fisticuffs, but at its heart, Rabbids Heroes is really a game of pure strategy.

Canadians (and honorary Canadians) can get in on the action effective immediately. The rest of the world can expect Rabbids Heroes to hit the App Store and Google Play later this year.