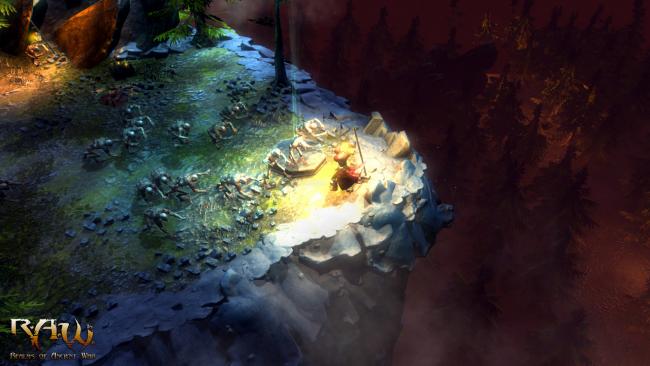 R.A.W. – Realms of Ancient War is all about hackin’ and slashin’ on the PC

R.A.W. stands for Realms of Ancient War, a fantasy hack-and-slash game coming for the PC. You might be surprised to learn that it has nothing to do with Monday night wrestling, though given the game’s beefy warriors and scantily-clad ladies, you can be forgiven for thinking otherwise.

The action/role-playing hybrid gameplay of Realms of Ancient War takes place on a continent that was torn apart by a ferocious war ten years earlier. The kingdoms of Men, Elves, and Dwarves are in ruins, and are preyed upon by thieves and looters. But those criminals are small fry compared to a new threat that’s looming, and you inevitably get swept up in the massive investigation of this shadowy danger.

You can take up arms as a Warrior, a Sorcerer, or a Rogue as you quest alone, or with a pal in two-player co-op. You gain levels and more powerful equipment as you slaughter your enemies and loot their dead bodies—which is how personal advancement should work in every world, frankly. You need to power up as quickly and efficiently as possible, as the spells and skills that you learn and earn will become extremely valuable as soon as enemies get wise and gang up on your loincloth-wearing self. 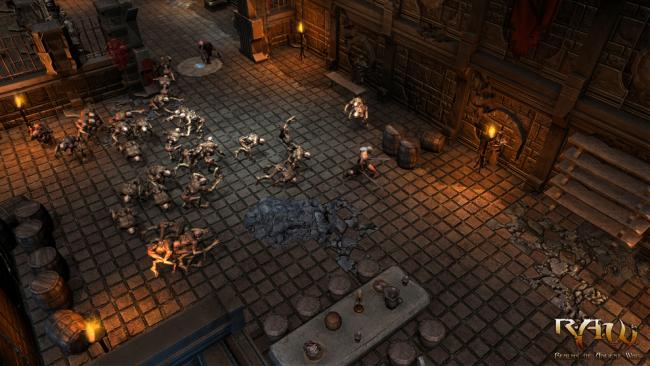 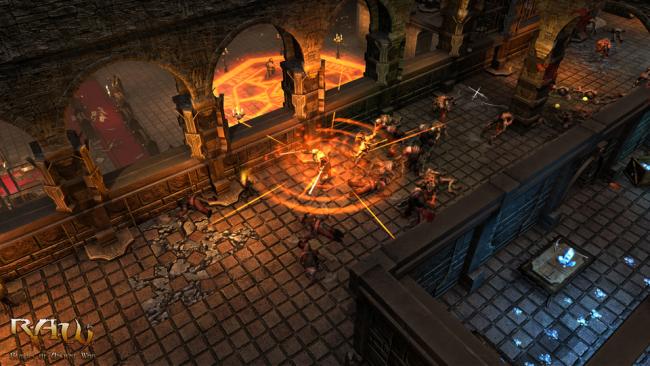 Eventually you’ll learn how to possess the bodies of your dead enemies, and you’ll be able to sow discord by whispering about how so-and-so acted like a real drunken jackass at the Monster Christmas Party. Or maybe you’ll just use the power of incarnation to sneak into the heart of a creature camp and detonate some kind of weapon of mass destruction. Whatever suits you.

Realms of Ancient War will be out later this year. Stay with Gamezebo for more black sorcery, more rogue stealth, and more warrior rrrrgh.