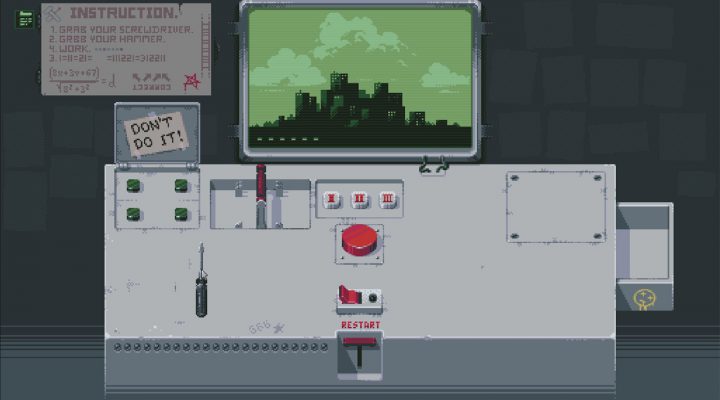 The story behind the game is that you’re covering for a coworker while they take a bathroom break. The coworker left you with simple instructions: not to push the singular red button on the control panel in front of you. Of course, you do, and things get out of hand from there.

The iOS port is set to have its own, unique content added into the game, as well as a new user-interface adapted for touch-screen devices.

Please Don’t Touch Anything released on Steam earlier this year, and managed to collect high acclaim from Steam users, as the game currently holds a “very positive” rating. This bodes well for iOS puzzle-lovers when the mobile port drops later this year.

Worms 4 Blasts Onto iOS in August