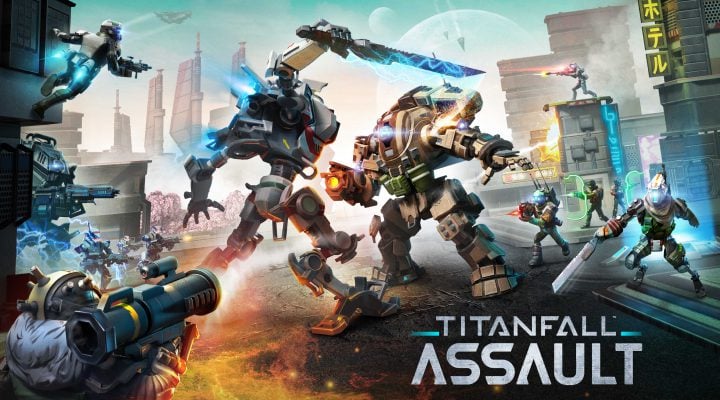 That rumbling sound you hear? It could be thunder, but it could also be a Titan about to drop on your head, which potentially could be a whole lot worse. And while you’ve no doubt experienced that in the Titanfall console series, Nexon, Respawn and Particle City are just about ready to let us all into the world of Pilots and Titans in a whole new way in Titanfall: Assault.

The companies revealed today that Titanfall: Assault will launch worldwide for iOS and Android on Thursday, Aug. 10. Thanks to its Canadian soft launch, we can tell you that it melds the action and sensibility of the console games — including things like level design that makes use of the Pilots’ movement skills and a delay before you can summon Titans — with the strategy and card management of titles like Clash Royale. With fast-paced multiplayer battles, you’ve got to think quickly and act just as fast.

Assault even expands upon the existing Titanfall universe thanks to new units and characters that are uniquely its own. One of these is the Sim Ninja, a sword-swinging Pilot who also just happens to be the star of the game’s latest trailer, which you can check out on its Facebook page.

Android users can take advantage of the anticipation for the game by pre-registering now and gaining access to an Android exclusive Titan on Day 1 to get a leg up on the competition. And like we said, Day 1 is coming up fast, as in next Thursday. Better keep those Titan skills sharp.