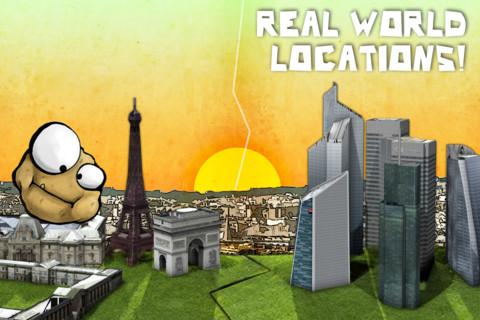 The “splat” heard ’round the world

It’s always great to see a successful Kickstarter Pick finally come to fruition. Pota-Toss, a Sabor Studio project promoting a multiplayer spud-slinging GPS-reading warfare, is due for imminent worldwide release. Finally, you can humiliate your friends across the globe with the world’s most adorable potatoes.

The game, which has been described as an Angry Birds-meets-multiplayer experience, is all about besting your opponent by loading their home court up with as many spuds as you can. With dozens of unique potato cards, it’s up to you to learn the weight and special properties of your garden better than your opponent.

These battles aren’t just for bragging rights, either. It’s personal. With GPS-reading capabilities, Pota-Toss reads your in-game city (or the closest one to you) in order to determine your home field’s artwork. Fellow Chicagoans – make me proud! Don’t let my boss’ home court of Canada ever see the satisfaction of a victory! 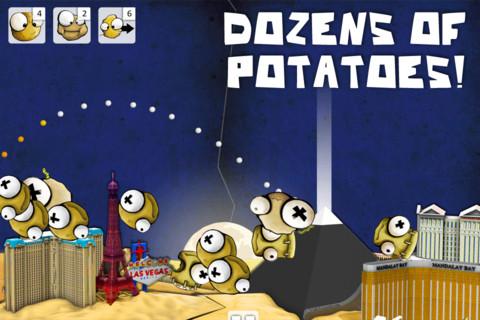 Speaking of Canada, Pota-Toss has currently made its home in the Canadian App Store, which means that the worldwide potato war is only a few days away from beginning. It will be glorious, it’ll be delicious, and most importantly: it’ll be free.