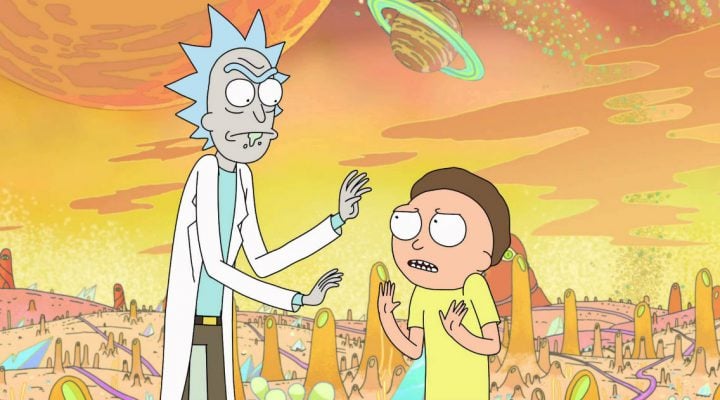 Aw geez, Morty. According to an official Tweet, Cartoon Network Games is making a Pokémon-style adventure game based on its popular Rick and Morty property.

Coming to mobile platforms on January 14, “Pocket Mortys” is a very obvious tribute to you-know-what. Beyond that, there isn’t a lot of information about the game. From the single animated .gif Cartoon Network Games has released, however, we can surmise there are parallel dimensions in which the titular Morty is hauled around and dragged out to fight like Nintendo’s own stable of merchandisable monsters.

This presents some opportunities for cross-over hilarity. Will we see a fire-type Morty? A water-type? Imagine a Morty based on the much-maligned trash Pokémon, Trubbish. That particular Morty would probably feel comfortable in his “skin,” that’s for sure.

It’s not parked on Cartoon Network’s site anymore, however. Guess there really is only room for a certain number of Mortys in the universe.