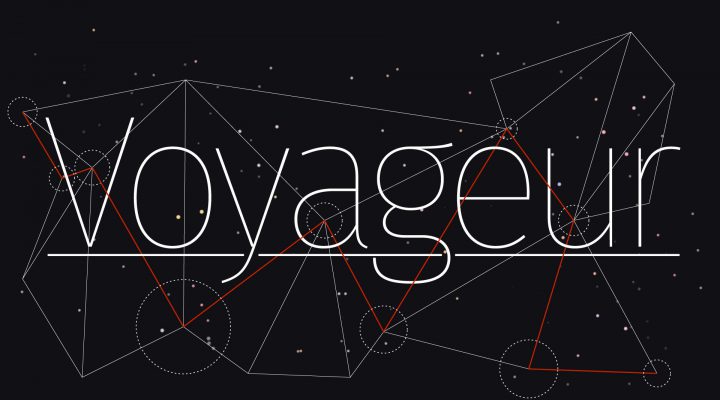 Games writer and writer of games Bruno Dias is no stranger to engaging interactive fiction. His collection of past works range from conducting a séance in an abandoned house on a sinking island to a text-parsing adventure on the last day of a mining excursion in space. His next title, Voyageur, falls more in line with the latter work as a choose-your-own adventure across an entire galaxy populated by procedurally generated planets and spacefaring challenges. 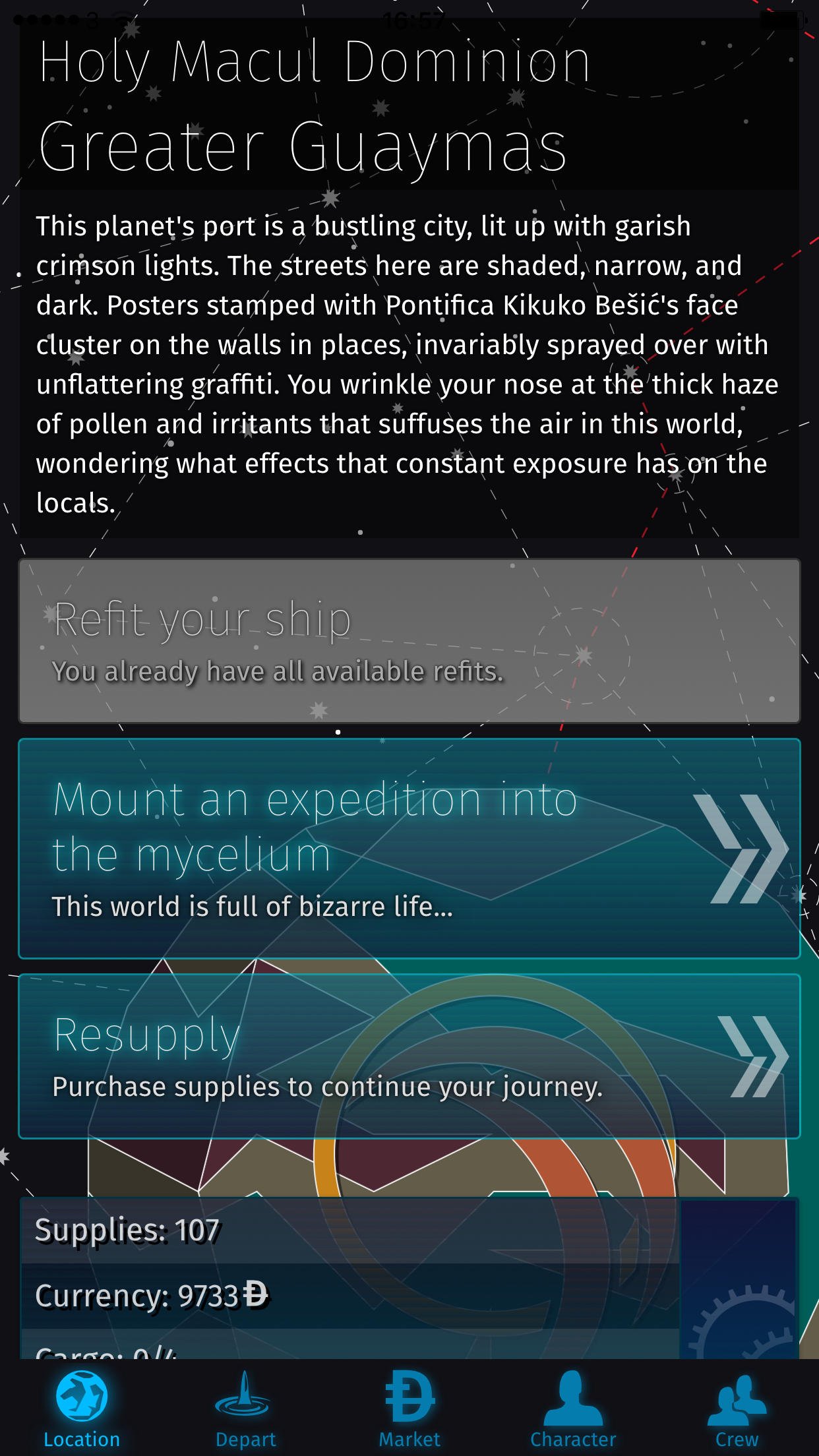 Voyageur is a “literary RPG” that takes place in a universe where faster-than-light travel operates in only one direction: always heading toward the center of the galaxy. You will pilot a crew of “trader-vagabonds” in search of fortune and fame as they make their way to this center one planet at a time. The events they encounter, items they collect, and secrets they uncover will vary with each playthrough, piecing together a complete portrait of the universe across multiple games with six different endings to uncover.

The RPG aspects come from the various stats that affect your success rates during different interactions and which can be boosted by actions like refitting your ship, trading goods, uncovering artifacts, and hiring crew members. Those crew members will each have their own personality and desires which vary between games and may conflict with each other of your own—crews can mutiny in extreme situations, but they provide valuable boosts to your different abilities, like more travel options under your navigator or better defense against space pirates thanks to your weapons officer. 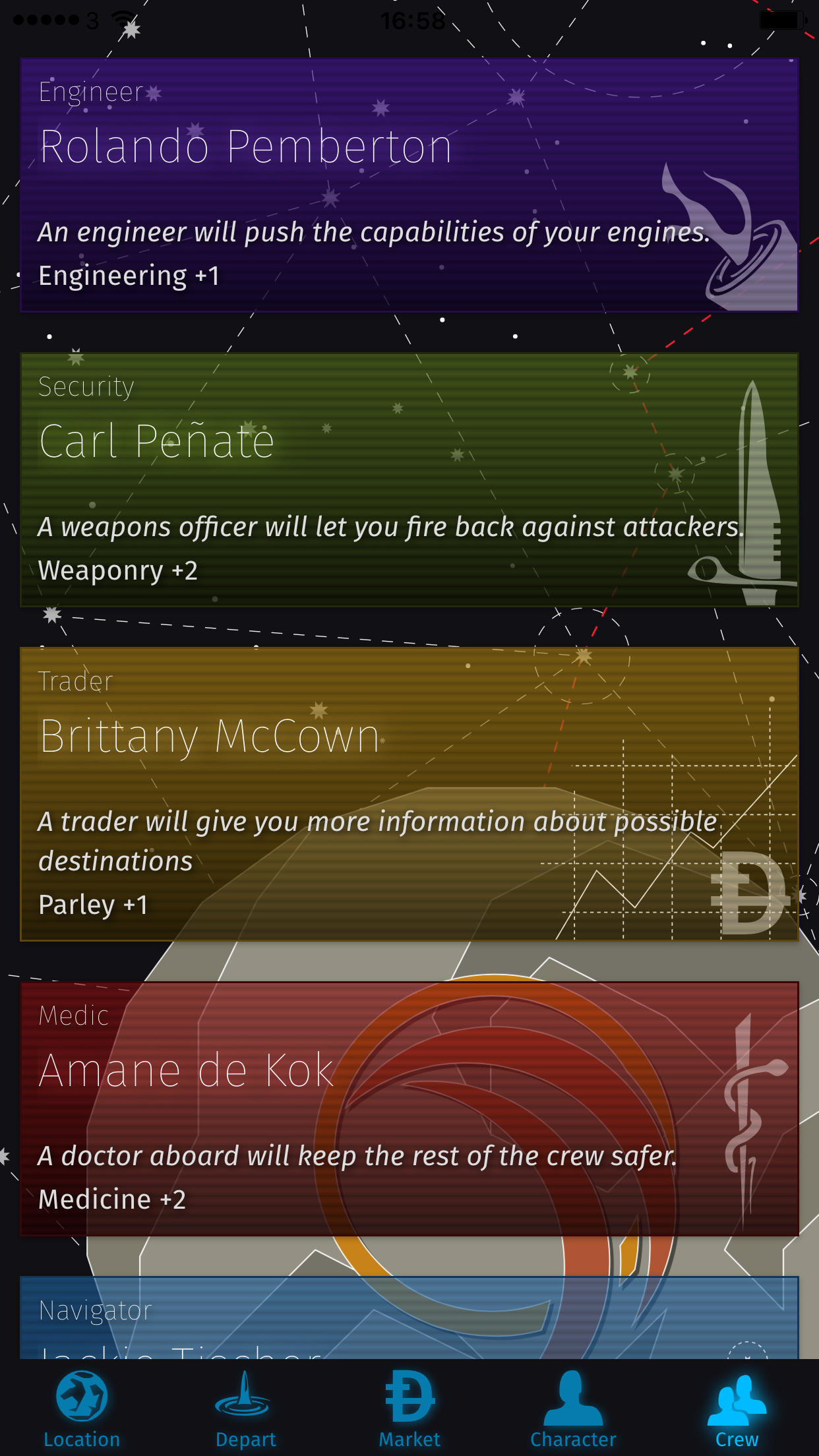 The game looks massive and yet minutely thought-out, with details ranging from ideological alignments in different sectors of the galaxy—like the cybernetic expansionists Chrysalis or the historical knowledge-seeking utopians Star—to procedurally generated individual cargo items—like “reconstituted pork patties” or “horse kebabs”—whose demand differs depending on the current planet’s resources.

It’s little surprise that Voyageur would be so detail-oriented, however, with both Dias’ credentials as a writer and the additional touch of Failbetter Games, of Fallen London and Sunless Sea fame. This is a powerhouse duo in interactive fiction and Voyageur looks to have used every ounce of their combined knowledge to become an enthralling, intricately constructed space exploration adventure. We’ll know for sure when it releases on February 7th on both iOS and Android for $3.99, but we’re pretty confident we’ll be lost in this one for some time.