Home / Upcoming / Party Hard is Coming to iOS and Android 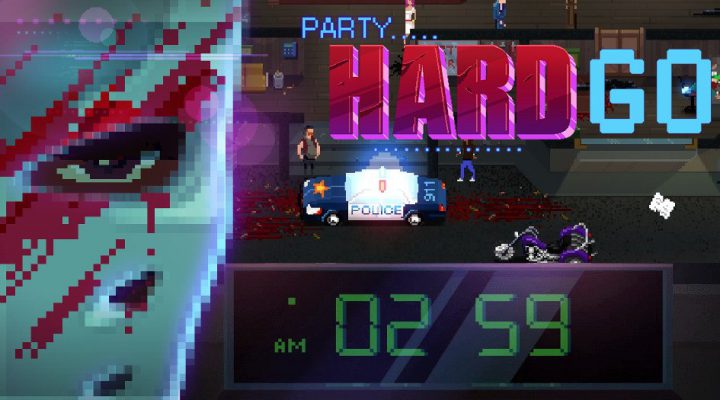 Party Hard is a game about sabotaging your neighbour’s party. We’ve all been there — 2am and the noise from next door doesn’t look like it’s going to abate. Consider Party Hard the cathartic release you’ve been looking for. And now it’s coming to mobile.

TinyBuild has announced that a touchscreen version of the game (dubbed Party Hard Go) will land on iOS and Android later in 2016, which is very good news indeed. If you’ve never heard of the game, you can check out what it’s going to look like in motion on your mobile in the trailer below.

It’s sort of a pixelated riff on the likes of Hitman, with you trying to stay undiscovered while picking off the party guests one by one. You don’t have to murder them though, there are lots of strategies at your disposal. You can get the cops in on the action, set traps, and there are even random events. Like a bear coming in and killing everyone for you. We’ve all been to those parties.

There are different characters to play as, each with their own skills. The Butcher has a chainsaw, for example. Is having a chainsaw a skill? I think it might be.

Party Hard Go is set to hit the Google Play Store and App Store later in the year. We’ll keep you up to date with when you can expect to get your murdery mitts on it.