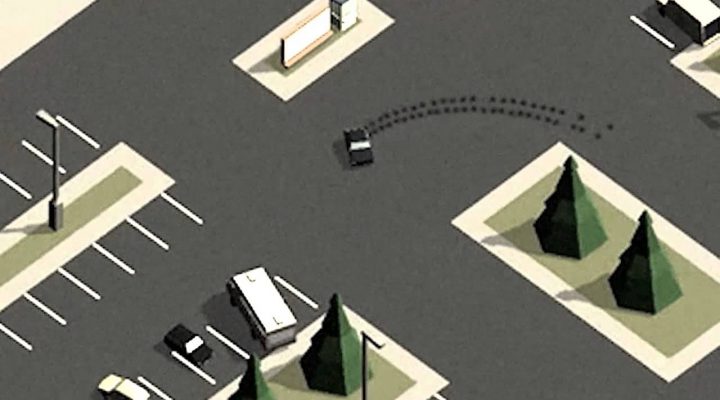 Windows Phone 8 might not be the first platform that you’d think of for cool indie games, but that doesn’t mean there aren’t a few there. Take PAKO, for instance. It’s a little like Dawn of the Plow or Tiny Car, but if those games were about evading a high speed pursuit in a mall parking lot.

Sound crazy? It is, but only in the best possible way. I’ve had a chance to go hands-on with the Windows Phone version (available now), and it’s quickly becoming my latest quick-fix addiction. And it could become yours fairly soon, too, as developer Tree Man Games has informed Gamezebo that they’ll be bringing the game to iOS and Android in the near future.

Even better, when the game debuts on iOS it will offer 5 maps instead of the lonely one available on Windows Phone. The trade off, though, is that it will be a paid app rather than free (which is the current price on Windows). The specific price has yet to be announced.

If you’ve enjoyed the drifty nature of Tiny Car or Dawn of the Plow, PAKO should be very high on your radar. Expect to play this one on iOS (hopefully) within a month, and on Android a few months after that.