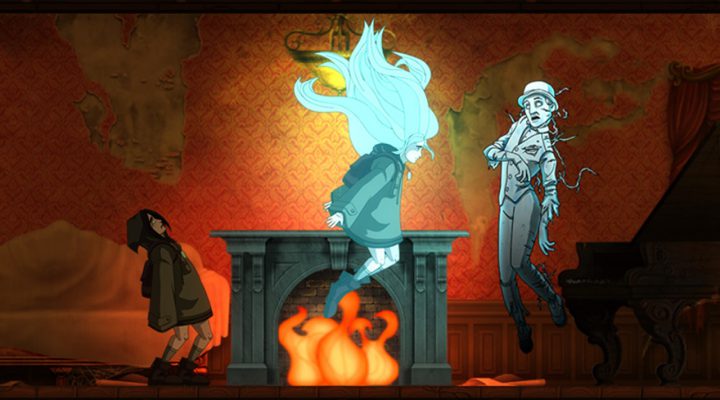 The OUYA (remember that thing?) has pretty much fallen off the radar for most gamers. Yet the crowd-funded system was the home to a number of excellent games (here are 10 of the best), one of which was a game called Whispering Willows.

Developed by Night Light Interactive, Whispering Willows is a side-scrolling adventure-horror game where players control Elena as she treks through Willows Mansion, looking for her missing father.

Even though Whispering Willows is considered an adventure-horror game, there is a fair amount of puzzle solving involved. Players, as Elena, have the ability to use her magical amulet to summon forth her spirit and do things that Elena normally would not be able to do. With this special power players can get to hard-to-reach places and, most interestingly, communicate with the other spirits of Willows Mansion.

Whispering Willows is an award winning (Best Story at Casual Connect, and First Place at the Seattle Indie Game Competition) title that genre fans will not want to miss out on. Look for it on iOS and Android devices later this summer.

Mission Impossible: Rogue Nation Has a Glu Game, and It’s Live in Canada

A Third Dungelot Is Coming, and We’re Excited