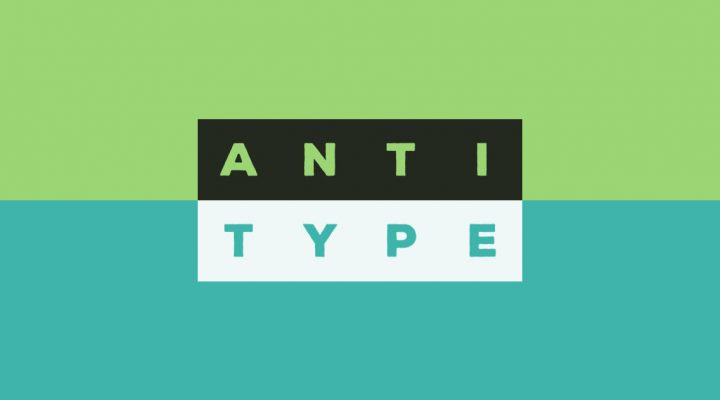 In five short years on the App Store, BorderLeap founder and developer Nate Dicken has built out an impressive catalogue of minimalist, yet completely engrossing, puzzle games. While best known for the har•mo•ny series of color-blending challenges, Dicken has also given us the physics-based ball-in-bucket Drop Flip, last year’s block-sliding matcher minimize, and clever twists on crosswords and word scrambles in Alpha Omega and Word2, respectively. His upcoming release, Antitype, fits best alongside the latter two, but its streamlined style and elegantly crafted puzzles are right at home with his entire œuvre.

Although Antitype’s layout might bring to mind Zach Gage’s recent TypeShift, the two word puzzles play out very differently. In each stage of Antitype, players are challenged to find two specific words. There is a simple clue given at the start of a level, such as “Distance,” “Number” or “Work Ethic,” which relates to both hidden items. Each pair of words is also opposites, which is both another clue and something of a challenge in itself.

There will be two sets of blocks on a level, representing the length of the two words. But these blocks will be gibberish to start—something like “BNNL” and “VYQL” or “HHFG” and “LNV.” You need to tap the blocks to change them to other letters—tapping rotates them to the next letter in the alphabet, so B becomes C, N becomes O, etc.—and spell out the correct words. But here’s the twist: tapping rotates the opposing letters—those touching the block you tapped—not that block itself.

So there are essentially two types of puzzles in play in Antitype: first is the core word puzzle, requiring you to figure out the two words that fit the clue but are opposites. As an example, for “Distance,” the two words were “near” and “far.” Then there’s the tapping hurdle that is basically the Lights Out style of puzzle many players have likely come across at some point in their gaming careers, often as a mini-game in larger puzzle collections. You may figure out the words you need but get stuck trying to tap the right letters to make them actually appear. Or you may be struggling to figure out what word you need and randomly tap until something clicks. 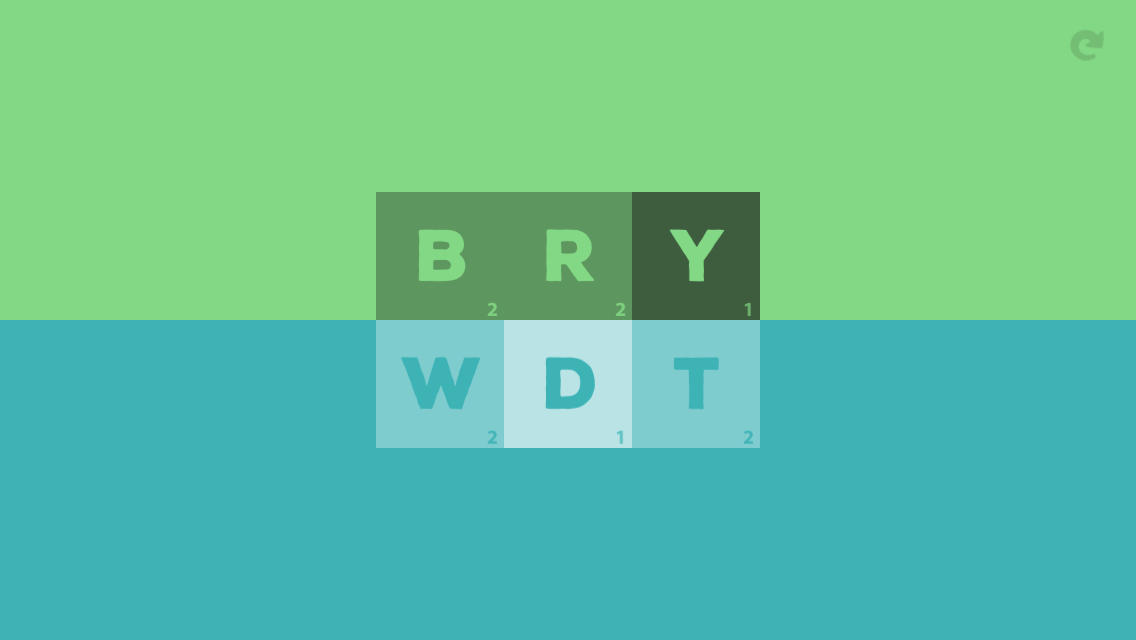 To help narrow down the options for possible words and letters, each block can only be shifted twice before it is “locked” into place. This means if you start with an “A” block, the only letters possible on that block are A, B, or C. You won’t always have to shift a block at all—some words can be created by only tapping once—but this two-rotations limit helps prevent completely random guessing and allows players to think through their options by considering the three letters that are available on each block.

It’s a really fun and clever combination of puzzles that seems designed to be both extremely challenging, but also still entirely solvable. We’ve played through 35 levels of a pre-release version, and although we got hung up on a few words, there was always an “Ah-hah!” moment—or tapping randomly helped lead us to one. The greater challenge for us has been on the letter-tapping side, and figuring out which order to rotate the letters to end up with the ones we needed, but we’re really enjoying the dual difficulty of word and logic/number puzzle together. 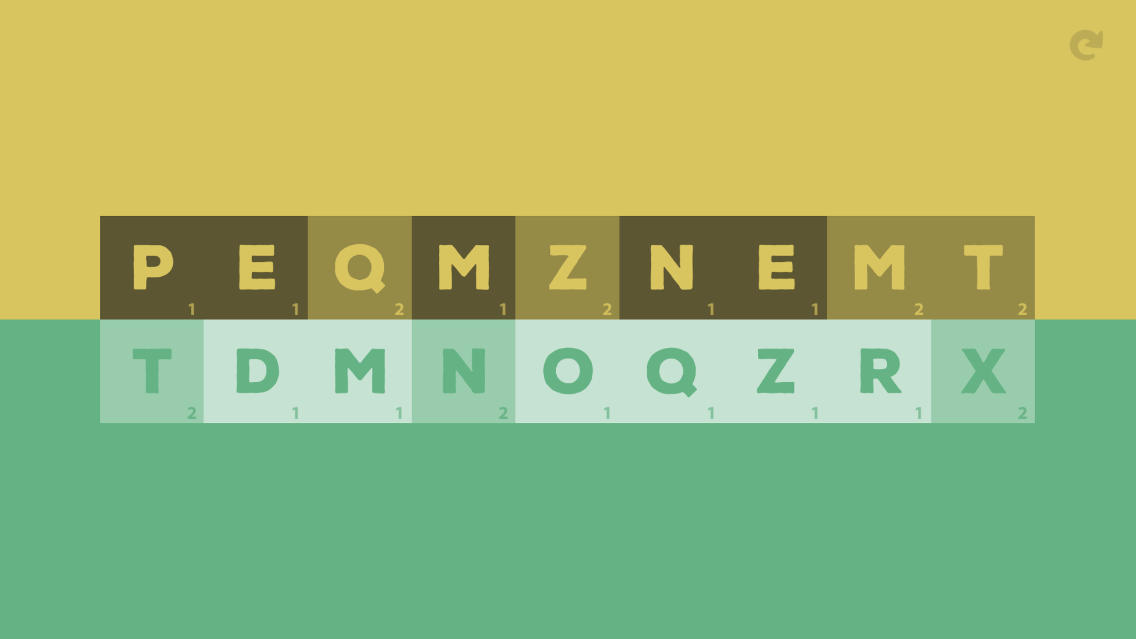 And we’ve only scratched the surface: the game will launch with 325 levels, with later stages containing much longer words of eight letters or more, making our mostly three- and four-letter accomplishments seem like small potatoes. Dicken himself has claimed “I believe Antitype will be one of the most difficult word games in the App Store,” and we would not be at all surprised if this proved true upon release.

We’ll gladly find out when Antitype launches April 27th on the App Store. It will be a premium purchase for $1.99 with no ads or IAPs.