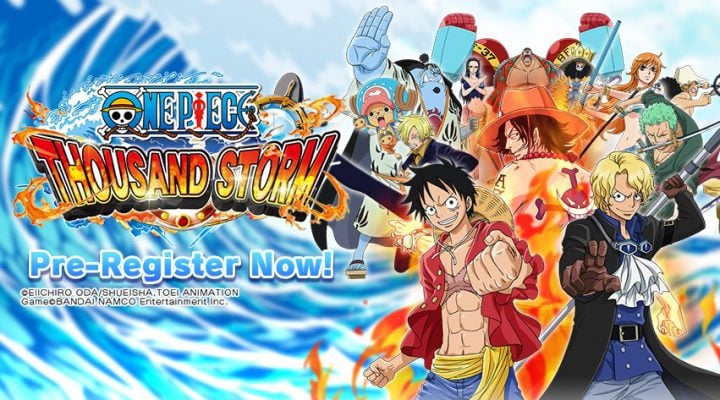 Unless you’re fortunate enough to live someplace that stays warm all year long, you’re going to hear a lot about winter storms over the coming months. But will any of them be a Thousand Storm? I think not.

That’s not something I just made up, by the way, but part of the title of One Piece Thousand Storm, the upcoming 3D, action-RPG that is on the way from Bandai Namco before the winter ends. Based (perhaps obviously) on the mega-popular anime and manga franchise, it’s slated for both iOS and Android and sounds like it’ll be packed full of goodness for One Piece fans.

Here’s a brief description of why from Bandai Namco:

[quote]In ONE PIECE Thousand Storm, players will hunt for loot on exhilarating quests, unleash brutal special skills in timed events, and even play in epic multiplayer battles with up to three friends in real time!  Even more exciting, fans of ONE PIECE can develop their favorite characters with special scene cards from the anime storyline.  ONE PIECE Thousand Storm stars all your favorite Straw Hat Pirates from the exciting “2 Years Ago” and “New World” story arcs.  Relive the adventure, and sail through the universe of ONE PIECE![/quote]

The guess here is that it will be fun even if you don’t know much about the source material, because the company does such a nice job of incorporating story into its anime-based titles. The action/strategy game One Piece Treasure Cruise is certainly evidence of that.

If you’re thinking of hopping on board, One Piece Thousand Storm is already open for pre-registration for both mobile platforms. Enter an email address now (either iOS or Android for each one, please) and you’ll help do your part toward unlocking loot for everyone when the game launches, including berry cards, rainbow coins and character medals. 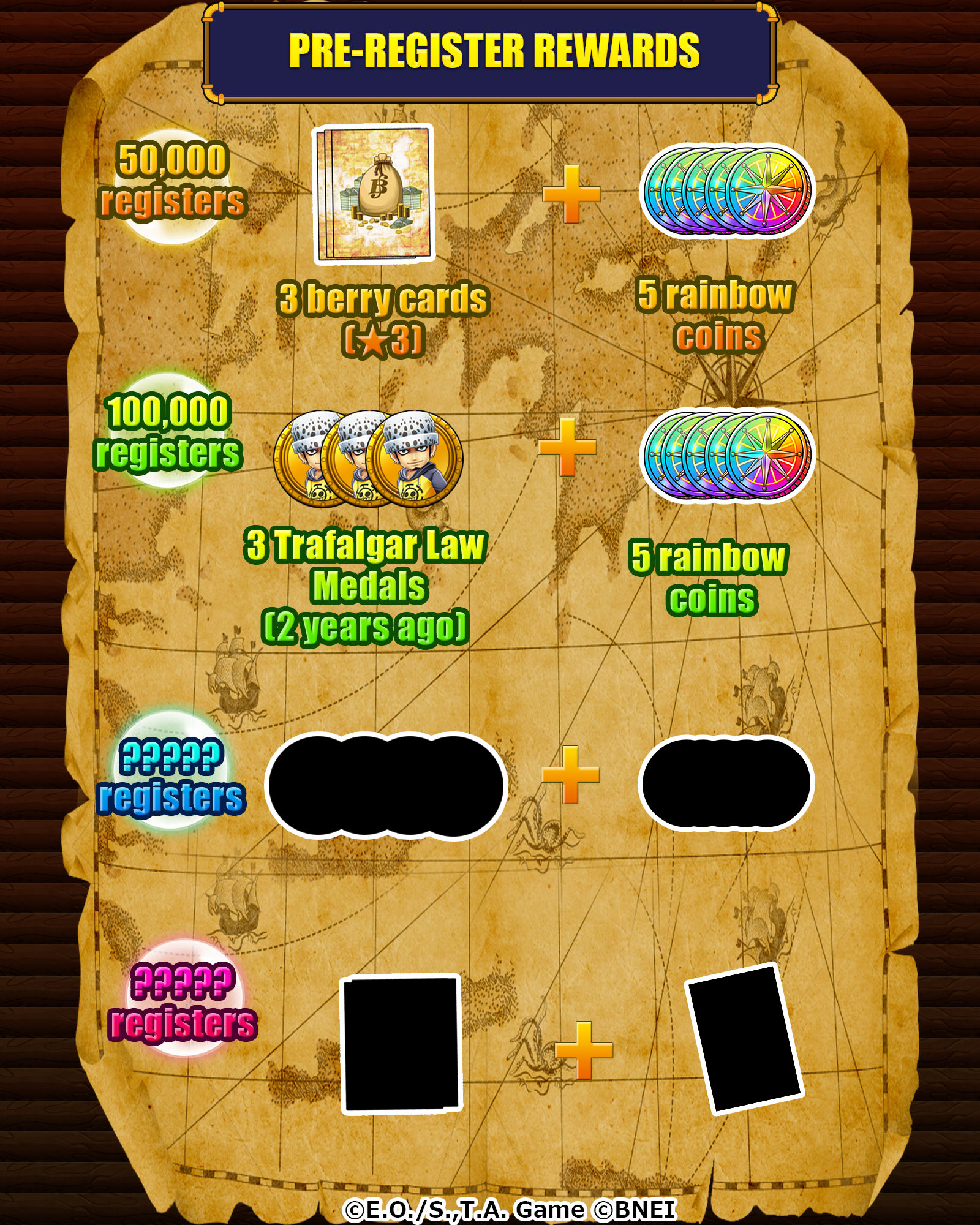 And while we’ll be scanning the horizon, pirate style, for the Thousand Storm release, you can track it in the meantime at the official website and Facebook page.