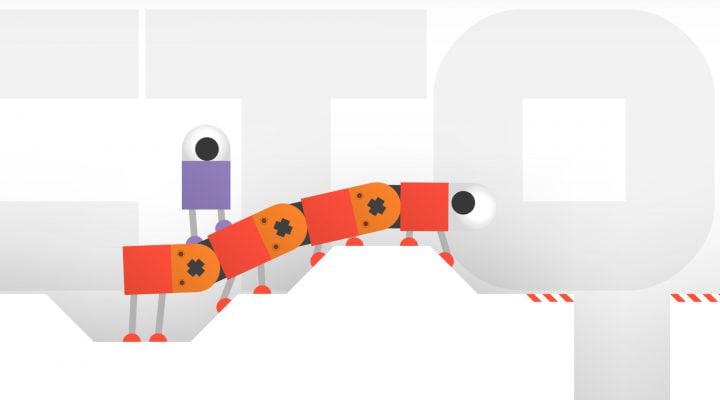 We were immediately drawn to Odd Bot Out: its wide-eyed, silent robot protagonist brings to mind memories of lovable WALL-E. Its minimalist approach to both aesthetics and puzzles makes it easy to dive into. And its developer, Martin Magni, turned pen-clicking sound capture into an epic adventure in just one picture.

In other words, it is right up our alley. 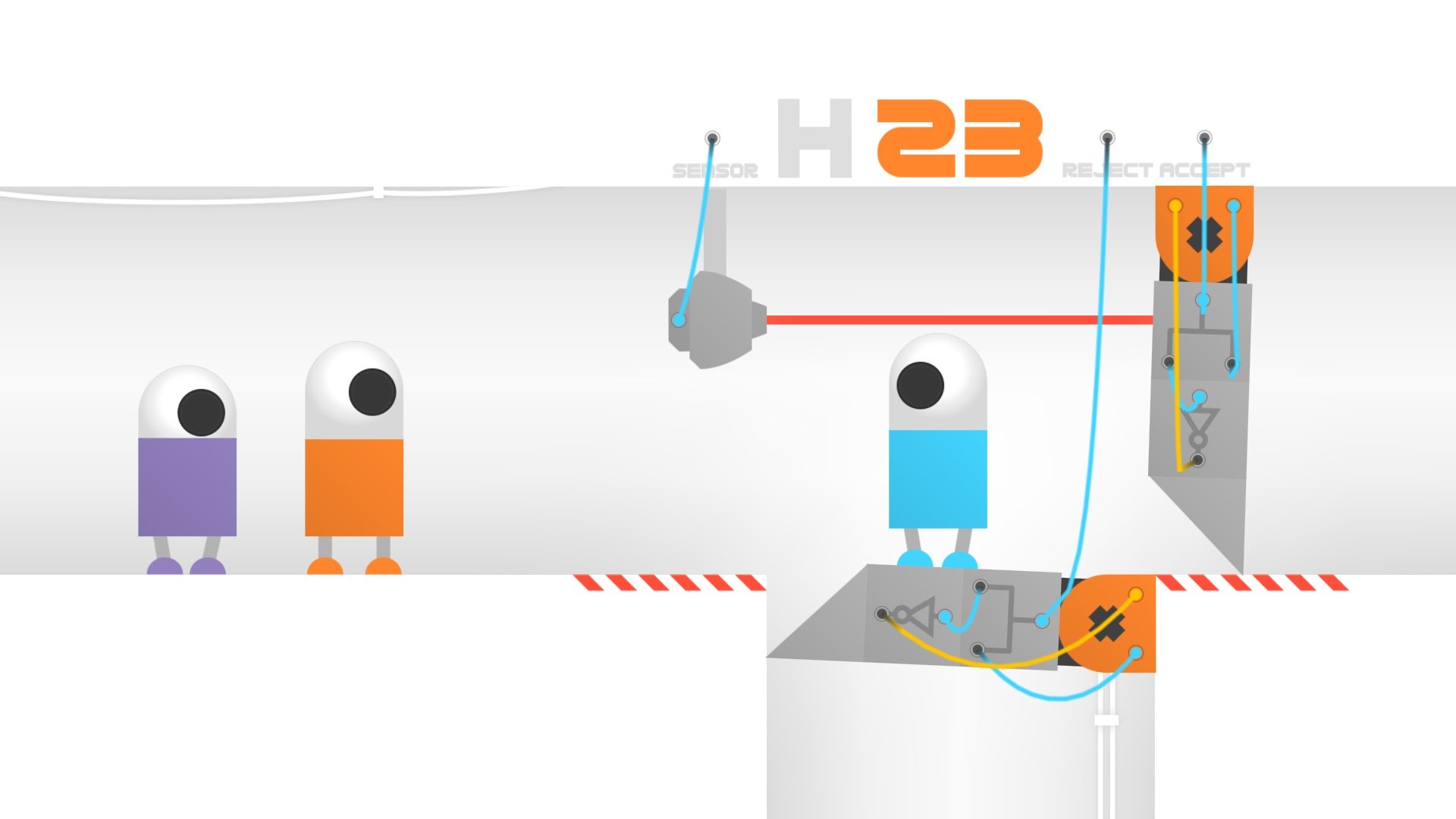 Perfectly intoned clicks aside, the gameplay of Odd Bot Out is a physics puzzler set within the room escape genre. Your adorable robot hero, Odd, has been banished to the scrap heap by a failed quality spot check and must now find his way back to the surface. This trip involves traveling through 100 rooms of varying difficulties and demands, with the goal of each being to simply reach the exit. The obstacles ahead of our robot friend include pits that must be traversed, walls that must be scaled, doors that must be unlocked, and plenty more.

Most of these challenges revolve around a combination of moving objects in the room and directing your robot across them. You’ll need to stack blocks to create a staircase but also stretch your just-too-short bot above each step. A wheeled cart can cross a gap but Odd will need to ride on its back. One of my favorite rooms involves balancing on the heads of other robots that are surprisingly amicable to their role as stepping stones.

None of the room requirements or even rules of the game are explained: you simply learn how Odd Bot Out’s physics work through trial, error, and play. It’s an extremely intuitive world that avoids stodgy tutorials in favor of dropping you straight into the puzzles, and this only adds to its charm and immersion. You’ll have to touch and drag items, plug and unplug wires, and hold down buttons to learn what they do, creating an extremely interactive and tactile experience. 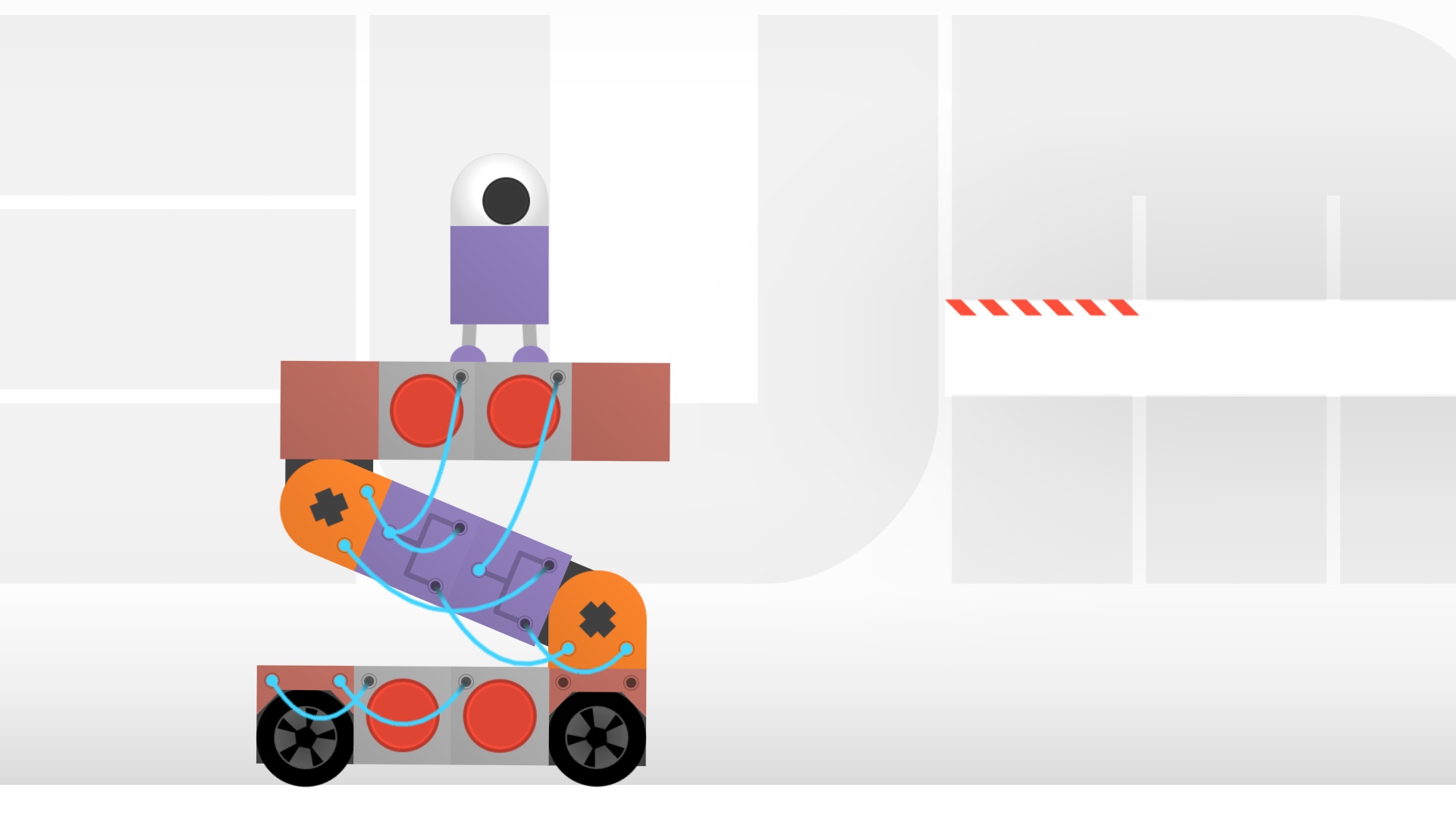 We’ve tackled the first 20 rooms so far and have been delighted by each one. Everything, from the consistent physics to the wobbly walk of our robotic hero, feels lovingly crafted and considered. No room has been too challenging yet, but a quick restart button makes it easy to try again if you do find yourself stuck. We’re definitely looking forward to spending more time with Odd and helping him reach the surface.

You can, too, when Odd Bot Out launches for $1.99 on the App Store and Google Play on February 1st.