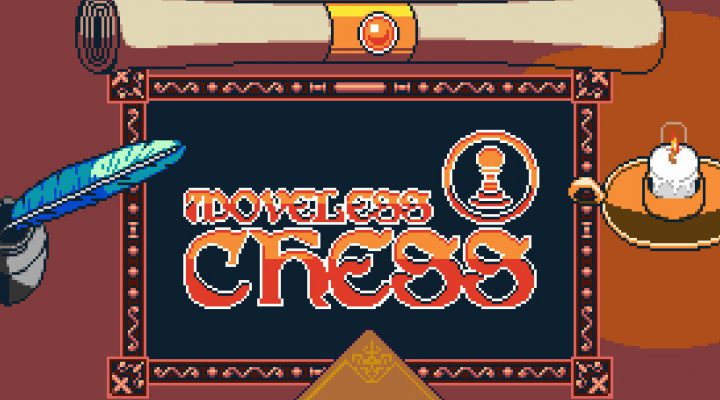 Something chessy is going on here. This Thursday, two games we’ve been looking forward to will be hitting the App Store, and they both feature chess-but-not-exactly-chess. The first, Really Bad Chess, was just announced a week ago, and shakes up the classic formula by replacing the standard 32-piece board with a random assortment of pieces to guard the dedicated King. One player may have three Queens, five Knights, one Bishop while the other is stuck with six Rooks and only one Queen. The resulting game still looks like standard chess, but dipped in anarchy. 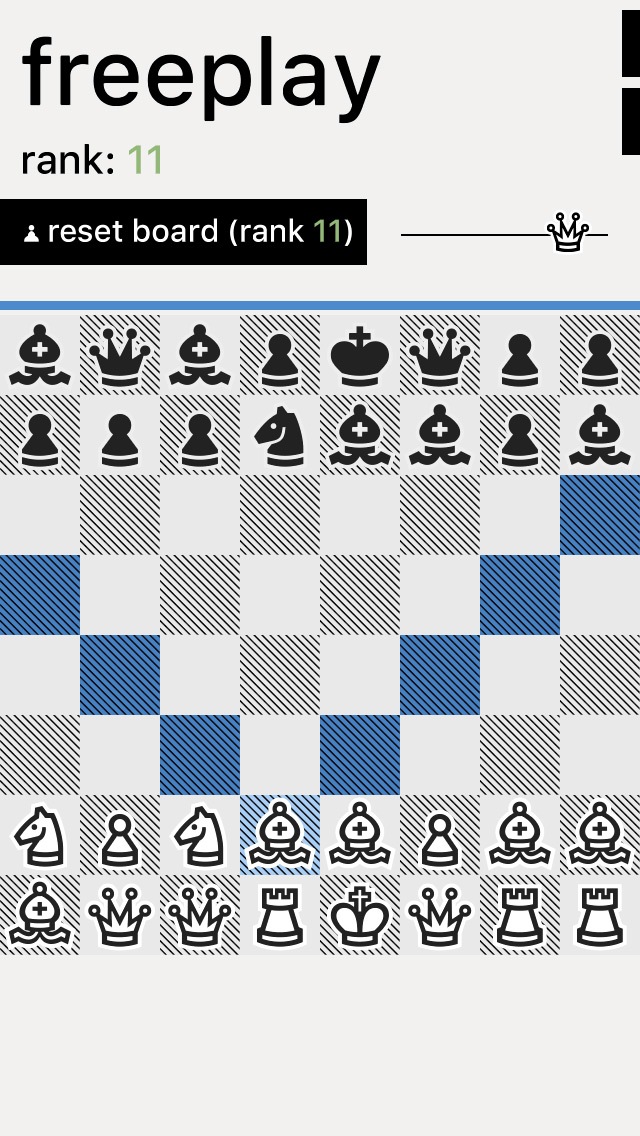 The other October 13th release will be Moveless Chess, a collaboration by developer Beavl and pixel artist Aikalen that we’ve been excited about since May. Unlike its release day buddy, Moveless Chess is more of a puzzle game than an actual one-on-one match, but it still uses the basic rules of chess in unique ways. Players are given a set board with pieces already moved to various mid-game locations. The goal is to checkmate the black King by morphing the white pieces into other types via Action Points, with more powerful pieces like the Queen costing a higher number of AP. The other trick is that these pieces cannot move at all and can only reach checkmate by wisely selecting the right role for each board layout.

Despite the seemingly redundant theme, we think Really Bad Chess and Moveless Chess will be great complements to each other at release. Both encourage thinking about chess and its movements in unusual ways, but one fulfills the desire to sit down for a full match while the other gives small bites of puzzle-solving satisfaction. Neither requires you to be a chess master to enjoy what’s on offer, but both still reward the strategic planning inherent in classic chess. And both will be free to download with a single IAP to remove ads (and in Really Bad Chess, to unlock a few extra features).