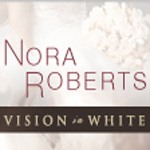 I-play and Floodlight Games (the folks who brought us the Women’s Murder Club series in partnership with novelist James Patterson), are teaming up with another best-selling author for the upcoming hidden object game Nora Roberts: Vision in White.

Vision in White is named after and based on the first book in Nora Roberts’ Bride Quartet series. You’ll play Mackensie Eliot, a wedding photographer and one of the four founders of Vows, Connecticut’s premier wedding planning company. Mackensie, or "Mac" to her friends, runs the company with her three childhood friends Parker Brown (the company’s wedding coordinator), Emma Grant (the florist), and Laurel McBane (the pastry chef).

From what we saw of the hands-on demo provided by I-play, Vision in White‘s look and feel is quite similar to the other games we’ve seen from this developer – in other words, bright and detailed static scenes that favor straight-up hidden object searches and mini-games rather than inventory-based puzzles.

Players have a choice of Timed and Carefree modes, and start each scene with a finite number of hints. That number can be increased by finding letters that spell VOWS in each scene. Mini-games emphasize the game’s wedding theme with tasks like cake decorating, flower arranging, and photography. In all, the game boasts 41 locations and 12 chapters.

Nora Roberts: Vision in White is launching in late February. In the meantime, check out some screenshots or chat about the game in our forum.