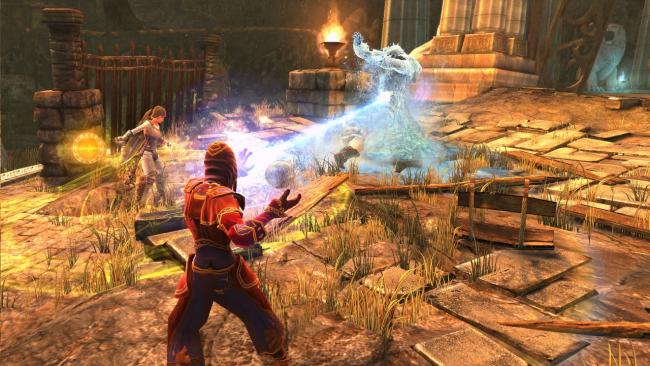 Get ready for some free-to-play D&D with Dungeons & Dragons: Neverwinter

From the ashes of the Spellplague comes Neverwinter, a free-to-play Dungeons & Dragons MMO that will put players in the middle of an epic struggle for the fate of one of the most famous cities in the Realm.

The great city of Neverwinter seemed almost immune to the Spellplague that ravaged Faerun, until it was devastated by a great volcanic eruption that scattered its people across the land. Now, years later, humans, elves and dwarves work together to rebuild the city and restore its former glory – but dark forces conspire against them, seeking to destroy the Jewel of the North once and for all!

Aspiring heroes who answer Neverwinter’s call will find that much more than a simple battle awaits. The game will take them beyond the city walls and into numerous long-forgotten dungeons and ruins in search of great treasure and powerful magic items. Players may work together to face the dangers of the North, or go it alone at the head of a team of AI-controlled henchmen.

For gamers who prefer to build dungeons rather than explore them, “The Foundry,” Neverwinter’s built-in editor, will be of special interest. Digital dungeon masters will be able to create sprawling caverns, castles, cities and more, and then populate them with NPCs who will bring these home-grown adventures to life. The Foundry is designed to be powerful but easy to use, and boasts a built-in rating system that will make it simple for players to find the best of the bunch. 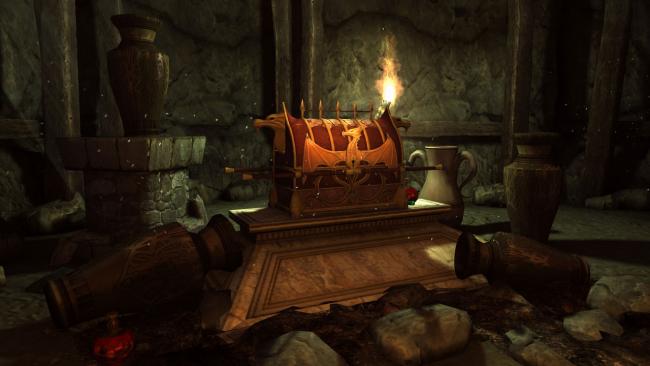 Neverwinter is being developed by Cryptic Studios, whose previous credits include the popular free-to-play MMOs Star Trek Online and Champions Online, and promises to be a “true Dungeons & Dragons experience,” with plenty of deep, complex stories and roleplaying to compliment the non-stop monster bashing. Early screens and videos look fairly standard for a fantasy MMO, but if Neverwinter can capture the proper “feel” of D&D, it could be very good indeed.

Beta testing hasn’t begun, but gamers interested in taking part can watch for an announcement by signing up for the Neverwinter newsletter. Neverwinter is currently expected to be ready to launch near the end of 2012.

Warlock: Master of the Arcane Preview