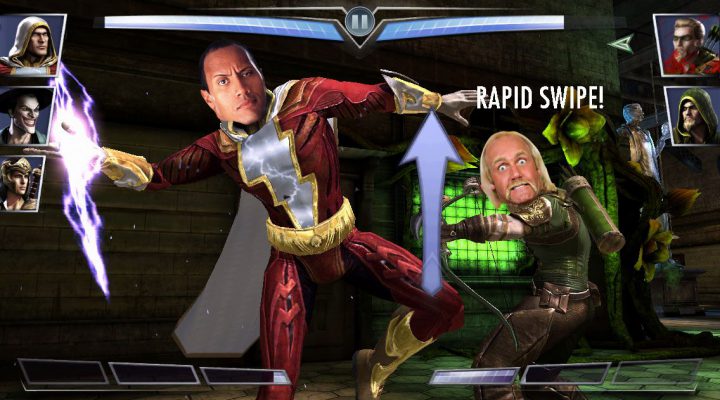 Earlier this year, we saw the excellent though down-to-earth WWE Supercard, a card-battling game featuring the WWE’s roster of weirdoes, superstars, and everybody in-between. However you look at it, though, even good card games are kind of mundane. Everybody sits in a circle while playing, usually talking about quiet matters like mortgages and car maintenance.

The upcoming WWE Immortals aims to kick things up a notch. Developed by NetherRealm Studios – yes, the stewards of Mortal Kombat – this “fantastically re-imagined WWE world” will be hitting iOS and Android in 2015.

We don’t know much about the game at this point, but feel free to let your imagination run wild with some good old speculation. If NetherRealm is in charge of the game, we’re likely to get some fiery landscapes full of tormented souls (wait, did I just describe Monday Night Raw?). Kane and The Undertaker will feel right at home. Though John Cena might shrivel and die if he hears a demon say a bad word.

Considering NeatherRealm were also responsible for the fantastic mobile superhero brawler Injustice: Gods Among Us, we’re holding out hope for a similar experience. Find out when WWE Immortals hits the App Store and Google Play sometime in 2015.