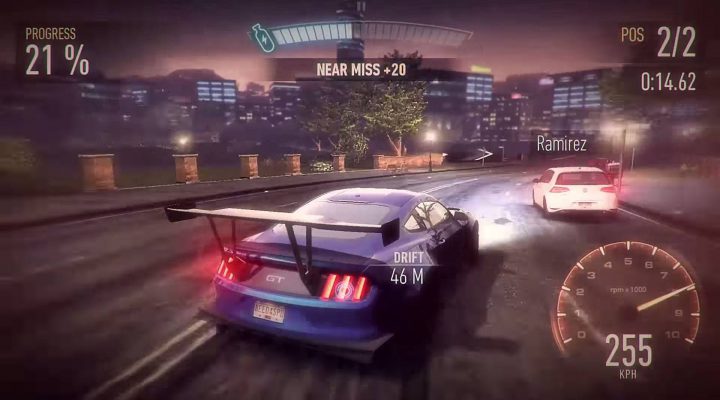 With the new mobile Need for Speed frequently teased but rarely detailed, racing fans have been left puzzled about what sort of a game we’d actually be getting. And while the answer isn’t a lot clearer, the release of a Need for Speed: No Limits trailer today gives players their first look at some in-game footage.

So what can we surmise from the quick glimpse provided? For one thing, it’s gorgeous. We’re talking console-quality visuals here. For another, drifting looks like it plays a pretty important role – possibly joining other hazardous driving techniques in a “boost your nitro” sort of way.

Mobile racers will be quick to draw comparisons to Gameloft’s Asphalt 8, which in itself is (more or less) Gameloft’s homage to EA’s Need for Speed series — but with an engine built from the ground up for mobile, I can’t help but think EA has pulled out all stops to put this one in a class all its own.

For those concerned on the monetary side of things, we’ve recently seen confirmation on Twitter that the game will in fact be free-to-play. How well that model will be implemented is anybody’s guess at this point.

The game’s trailer is both fast and fun– but will the final product match? We’ll find out when Need for Speed: No Limits launches on iOS and Android later this year.

Save The World With Slots In Area 777