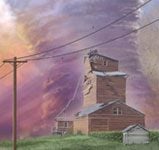 Her Interactive releases preview goodies for Nancy Drew: Trail of the Twister

Her Interactive recently announced that the next game in the Nancy Drew adventure game series (which is going strong with more than 20 titles published to date) will launch on June 29. In Nancy Drew: Trail of the Twister, Nancy goes undercover as a competitive storm chaser during Oklahoma’s treacherous tornado season.

Teams are competing for a $100,000,000 prize for discovering a prediction formula for tornados, but something is not quite right. When equipment starts failing and crew members are injured, you as Nancy Drew must join the team to keep them in the competition. Is it just bad luck that’s plaguing the storm chasers, or is someone sabotaging their chance to win?

Her Interactive will be releasing Nancy Drew: Trail of the Twister for both PC and Mac for the first time. The game will be published in a dual format disc that will be playable on both Windows PC and Mac computers, enabled by TransGaming’s Cider Portability Engine.

The company has started to release some teasers and goodies in anticipation of the game’s launch next month: