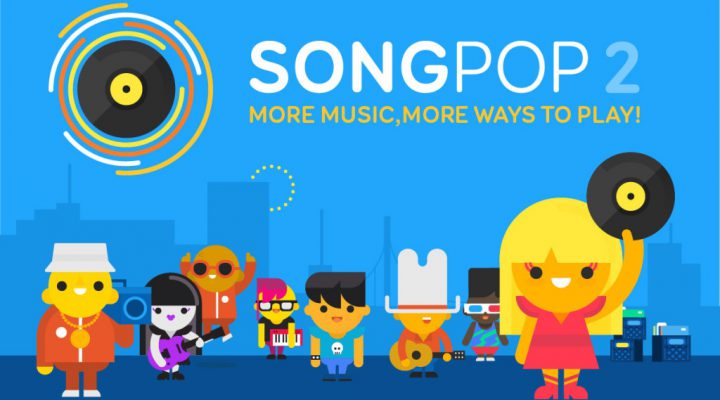 FreshPlanet’s games demonstrate that once you pop, you can’t stop. Last summer’s BoxPop, a unique blend of specialized chess and a puzzle game, grabbed our hearts and our spare time. And their geography trivia game TravelPop did much the same last fall. Before these, SongPop, released back in 2012, left us guessing at brief snippets of song. Maddening – but fun!

So fun, in fact, that SongPop proved successful enough to warrant a sequel. On February 17, FreshPlanet announced that SongPop 2 is currently in production.

Like its predecessor, SongPop 2 challenges you to “name that tune” by listening to a short sample of a song. But there’s more to this sequel. With the new Tournament Mode, you compete in a series of ten question quizzes that revolve around music trivia. It’s a good way to dive into the action without having to wait for your opponent to make their move, plus doing well might earn you coins, VIP badges, and other prizes.

Don’t worry about SongPop 2’s music selection growing stale, either. Packs of 200 songs (divided into 6 playlists) will be added to the game every week, and they’re all free to try out.

SongPop 2 is coming to iOS, Android, and Facebook sometime in 2015. Release dates should be finalized soon.

World of Tanks Generals Will Mix Military Might with CCG Goodness