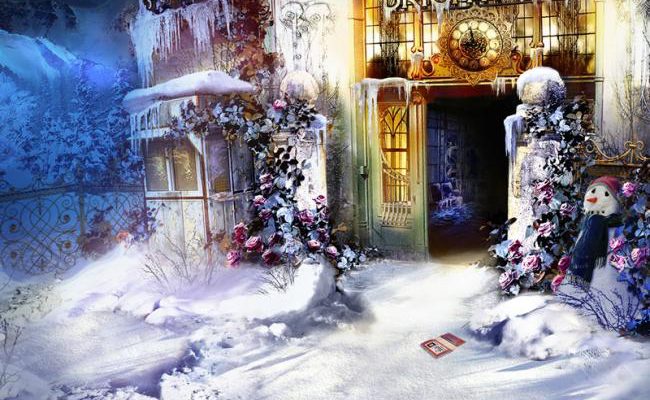 It’s time to get this mystery back on track!

In Elephant Games’ upcoming fourth installment in the Mystery Trackers series, Mystery Trackers: The Four Aces, we’ll once again be sent into a formerly quaint town to investigate a mystery. This time we’ll explore the town of Brightfield, which has been evacuated after a series of gruesome attacks on the part of a mysterious wolf-life creature (not to mention a rapid, unexplained drop in the town’s temperature).

Returning are the live action characters and fully voiced cutscenes, as we’ll meet a mysterious girl in blue that is being chased by demons and perhaps someone or something even more sinister. Add to this a group of strange men dressed in white playing card-themed robes, and you have a mystery for the ages. Who is this young woman? Who is controlling the men in white robes and what do they want? Where did the werewolf creature come from?

If you’re a fan of the snowy setting found in other Mystery Trackers games (specifically Mystery Trackers 2: Raincliff), The Four Aces looks to retain that same appearance, along with a focus on hidden object scenes, puzzles and mini-games. 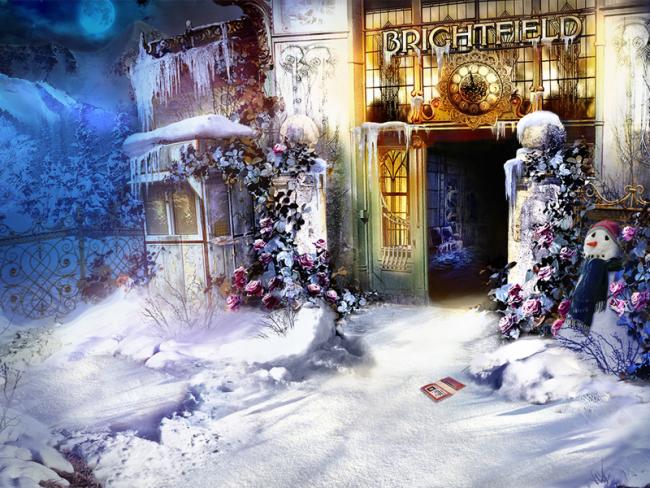 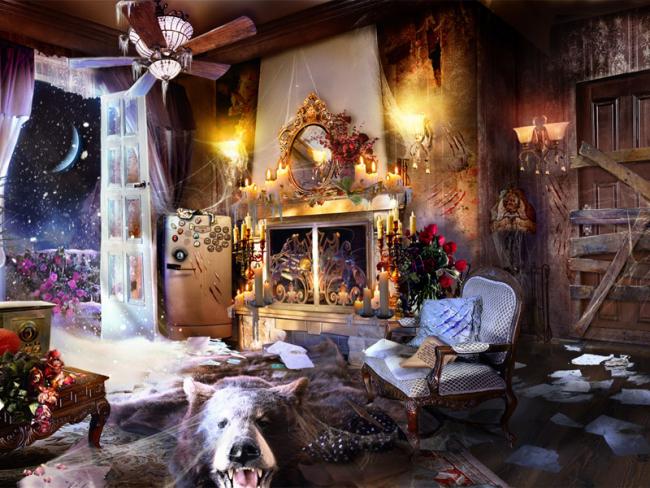 The previous games in the franchise have all been met with praise by fans and even the reviewers here at Gamezebo, so this definitely seems like another game to be on the lookout for.  There’s no specific release date set for Mystery Trackers: The Four Aces, but make sure to follow the game right here on Gamezebo to be the first to know when you can once again dive into the shoes of a Mystery Tracker to solve the case!