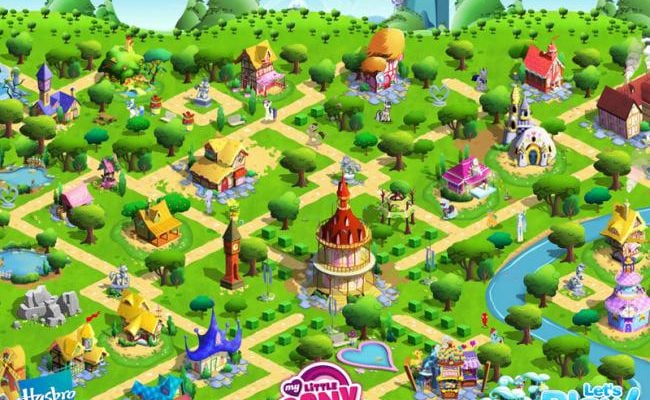 Build your own Ponyville with My Little Pony by Gameloft

Welcome to Ponyville! Bada-boom! Given the phenomenal popularity of Hasbro’s My Little Pony: Friendship is Magic cartoon series, nobody was especially surprised when Gameloft announced the coming of a Pony-based video game—but thousands of Bronies and Pegasisters were still excited by the news. Now that Gameloft has revealed more about its project, simply titled My Little Pony for now, we can truly say that freemium city-building is magic. 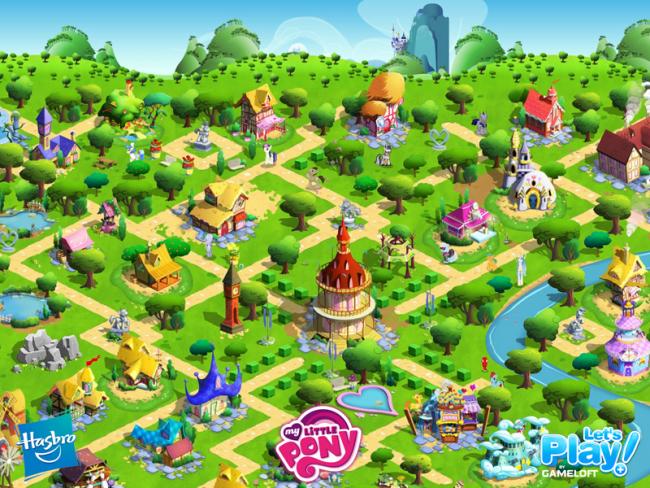 When Twilight Sparkle first arrived in Ponyville, she was a stranger in a strange, candy-colored land. She eventually adapted (possibly with the help of some apple wine) and became one of Ponyville’s most beloved citizens. In fact, the little purple know-it-all is ready to help you build your own offshoot of Ponyville. Not that Twilight’s trying to kick you out or anything. Honest.

Building up your Ponyville clone involves buying and setting down real estate that should be familiar to the show’s fans. You can build the Sweet Shop that belongs to Mr and Mrs Cake, as well as the schoolhouse, City Hall, and even Cloudsdale (which mysteriously becomes a slave to gravity and sits on your Ponyville real estate). 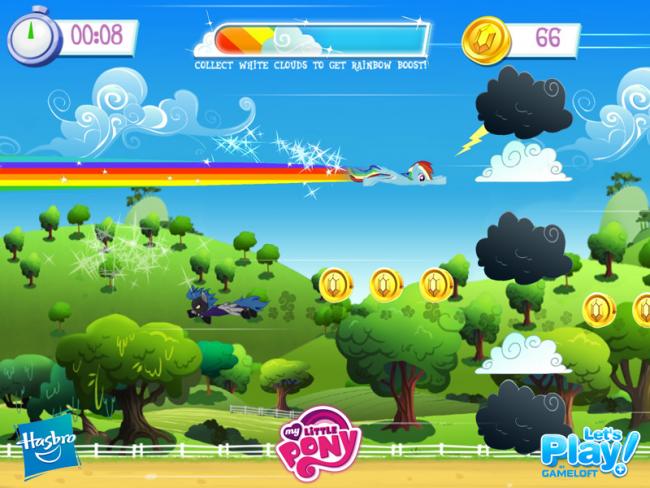 In fact, you can expect a lot of familiar faces to move in to your town from Ponyville Prime. Let’s assume another dragon settled down for a nap on the original homestead. The Mane Six play minigames with you, including a racing game that features Rainbow Dash and one of the Wonderbolts.

My Little Pony hits the App Store later this year. Whatever else you may do, make sure you stay out of Fluttershy’s shed.