Moveless Chess ‘Pawns’ Its Puzzles off on Mobile Soon 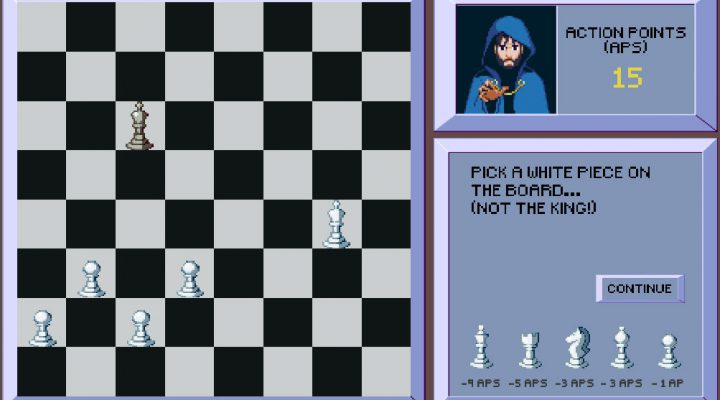 The quintessential, sweat-inducing refrain often heard across the other end of the chess board.

Such is the pitch of Moveless Chess, from Argentinian indie studio Beavl and Mexican pixel artist Aikalen. The title was originally created for the 34th Ludum Dare, which is a competition where developers make games on an accelerated timeline around a specific theme. In just a few weeks, though, it will be making the leap to Android and iOS.

Harnessing the competition’s assigned theme of “transformation,” Moveless Chess sets players up with an arrangement of pieces on a classic board, and asks them to create a victory condition for white. The catch? No changing the position of a piece. Instead, using an allotted amount of action points, players can transform their pieces: pawns can become bishops, bishops are suddenly rooks, where once there were knights, there are now queens.

The game took third place in Ludum Dare’s “innovation” category among over 1100 entrants, and playing around with the competition version on the Moveless Chess website, it’s not hard to see why. 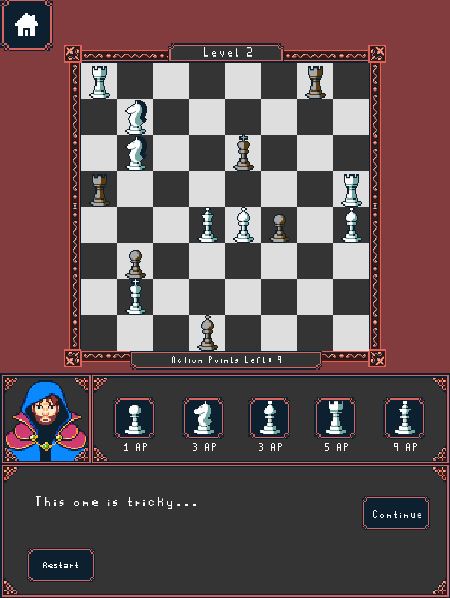 By stripping the classic game of one of its building blocks, designer and developer Nico Saraintaris teaches a very old dog some great new tricks. Meanwhile, Aikalen’s pixel art and theme add a lovely fantasy flare reminiscent of PC classics like Battle Chess.

Whether you fancy yourself a chess prodigy, are just starting out, or simply like a good puzzle fix, this is one to keep your eyes on.

Warp Shift Is An Audio-Visual Journey Coming This Month