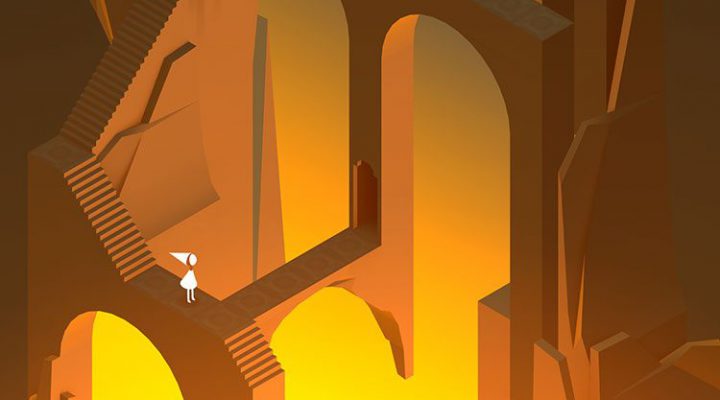 Monument Valley is the very definition of a must-play game. It’s unique, engaging, and puzzling without being punishing. And yes – it’s a strong contender for 2014’s Game of the Year.

Back in April, hot on the heels of the game’s initial success, developer ustwo promised that we’d be seeing more levels added to the game sometime down the road. Today they’ve announced the what and the when: Monument Valley: Forgotten Shores launches for iOS on Thursday, November 13th.

In speaking with ustwo, Wired reports that Forgotten Shores will take place between the final two chapters of the original game, further exploring Ida’s relationship with Totem.

Forgotten Shores won’t be a free update or a sequel, but rather an expansion pack of 8 new chapters. You’ll be able to purchase it for $1.99 from inside the original Monument Valley app.

There’s no firm word on whether or not we’ll be seeing it on Android next week as well, but we’ll keep our fingers crossed. Either way, iOS gamers can count on seeing Monument Valley: Forgotten Shores next Thursday.

Spritebox Lets You Develop And Publish Games From Your iPhone