Home / Upcoming / Monaco: What’s Yours Is Mine Preview

Monaco: What’s Yours Is Mine Preview 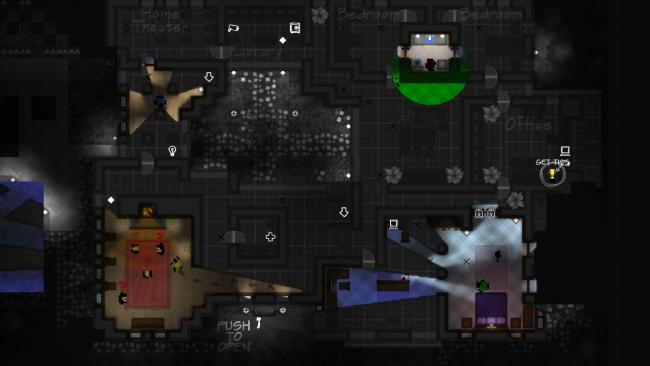 A classic heist game in the making

The first game I ever wrote about was a lo-fi platformer by Terry Cavanagh called Don’t Look Back. With its minimal black and red color palette, its elegant narrative and simple control scheme, Don’t Look Back began my love affair with indie gaming. Inspired, I soon started writing a column called Free and Worth Every Penny on a fan site with a friend. As my awareness and love for all things indie grew, a game called Monaco popped up on the radar.

The game promised to be an immaculately stylish 4 player co-op game, and two years ago it won a pair of awards at the Game Developer’s Conference Independent Games Festival. Since then I, like so many others, have been waiting.

It now seems that wait might soon be over. It has been announced that Monaco will be coming to PC and Mac — though exactly when it will be released has not yet been said.

Monaco is a heist game — its website compares it to “Ocean’s 11.” Instead of Frank Sinatra and Dean Martin (or George Clooney and Brad Pitt if you prefer), the stars of this game are decidedly more pixelated. Monaco’s top down, 2D graphical style has come a long way since the first videos of gameplay emerged. The nearly 8-bit graphics of the original builds have evolved into a high-definition amalgamation of old school and new school. The result is a treat for the eyes. Never before have I seen a game render the fog of war so stylishly.

Monaco’s gameplay revolves around a number of different classes. Each class has access to different skill sets — skills that will be necessary to pull off heists. The hacker, for example, can turn off security systems, while the muscle can destroy walls. Using these different classes in concert with each other will be a lot of fun — either online, or with three other friends crowded around your monitor.

Monaco is one of a few games I can bring myself to be totally excited about without ever having played it. I have no doubt in my mind that developer Pocketwatch Games will deliver. As I said, though, exactly when it will deliver is still up the air. Hopefully we won’t have to wait much longer.