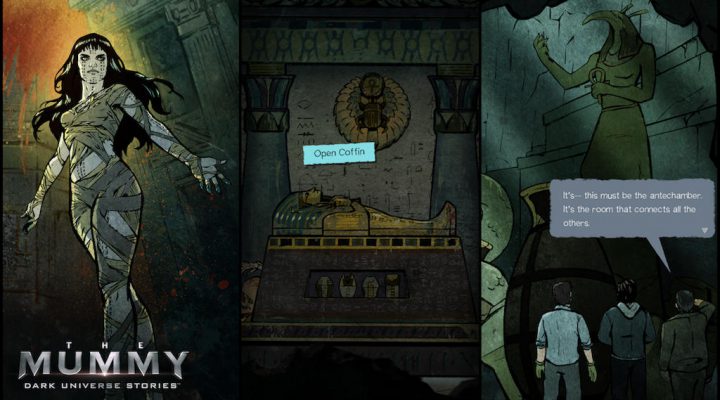 Universal Pictures’ reboot of The Mummy series kicks off today with the release of a new film starring Tom Cruise and Sofia Boutella. But the action isn’t confined to theaters: Universal also plans to launch three different games to accompany and expand on The Mummy, immersing players directly in its humans vs. ancient Egyptian deity battle for survival. The three games include The Mummy Prodigium Strike, a VR experience available only at select IMAX VR centers in Los Angeles and New York; The Mummy Demastered, a pixel art side-scrolling shoot ‘em up platformer launching in August on PC and consoles; and The Mummy Dark Universe Stories, an interactive adventure game for iOS and Android. 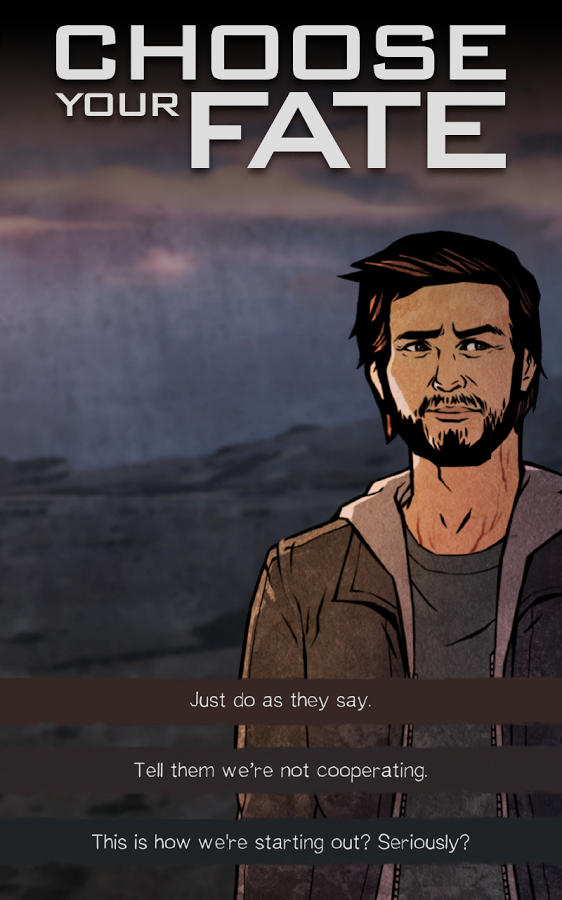 Dark Universe Stories is being developed by Night School Studio, the team that brought us the hauntingly atmospheric Oxenfree and the television crossover, Lifeline-esque Mr. Robot:1.51exfiltrati0n.ipa. Their contribution to The Mummy’s digital trio is a beautifully illustrated choose your own adventure that places players in the role of Cruise’s Nick Morton immediately after the film’s events. Players will travel the world in an attempt to decipher a cursed spellbook, solving life-threatening puzzles, dodging Prodiguim agents, and making story-impacting decisions along the way. The game will feature multiple endings and take place across numerous chapters that will be released over time, and players who try it on launch day will receive a free chapter.

The Mummy Dark Universe Stories is scheduled to launch on iOS and Android at an unspecified date in June, but players can currently pre-register for it on Google Play.