Mission Impossible: Rogue Nation Has a Glu Game, and It’s Live in Canada 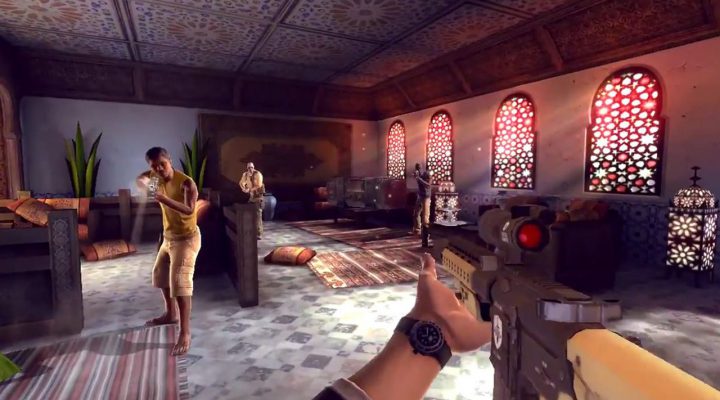 After they stopped numbering the Mission Impossible movies, I lost track of where we currently are, numerically. They all kind of blend together to begin with though, right? I mean, beyond the first movie’s super iconic, hanging-from-the-rope-doing-computer-things-while-catching-sweat-drops scene, does anyone really remember the plot? Because I sure don’t.

Another Mission Impossible film is dropping into theaters later next month, and the iOS companion game has just hit the Canadian App Store.

I blasted through the first few levels of the game to see how the game works. So far so good. Everything seems pretty solid, minus the fact that it plays exactly like Glu’s previous game Frontline Commando: WWII. Rogue Nation is a stationary shooter where players aim around and shoot at the enemies popping up here and there throughout the level. Once the enemies are killed, the player watches their character run to the next position to repeat the elimination over again.

Between levels, players can upgrade their gear using what they earned in the levels, or from what they have purchased in the app.

I honestly have no idea how it relates to the movie, or if it follows the movie at all, but I wasn’t playing as Tom Cruise …so at least there is that.

Check out Mission Impossible: Rogue Nation now if you have a Canadian iTunes account, or wait until its wider release. There’s no set date, but if we’re going to speculate, I’d guess it would probably be around the time the movie hits theaters in late July.

A Third Dungelot Is Coming, and We’re Excited