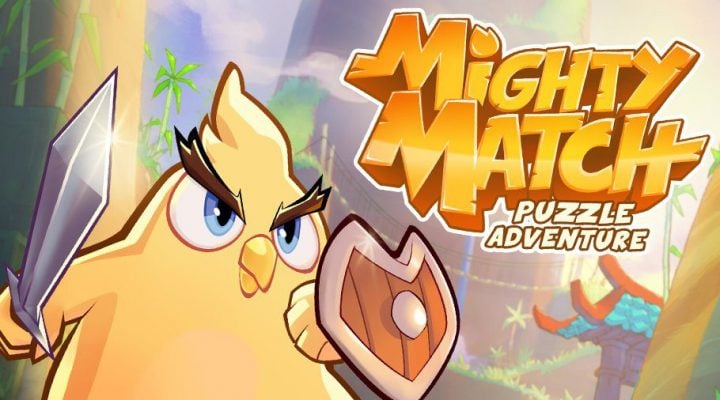 Let’s be honest — you can’t throw an iTunes gift card these days without hitting a dozen new match-3 RPGs on the App Store. Whether clever or redundant, there’s no shortage of games about fighting creatures and finding loot through the power of match-3.

Mighty Match is no exception to this rule, but it’s trying to do something different.

Rather than treating the matching and action as separate (but complementary) components, turn-based combat creates your matches. Your hero is trying to survive on a board filled with items and enemies, as every swipe gets him closer to his goal.

Long time match-3 fanatics may notice that the main hook here looks a little like the gameplay in Ron Gilbert’s Scurvy Scallywags. That’s not something that’s gone unnoticed by the Gamezebo crew, either. Having said that, first glances can be deceiving — and keeping in mind how enjoyable Scallywags was, it’s hard to not be enamored by something might in even a small way follow in its footsteps.

There’s no release date quite yet for Mighty Match, but when it does come, we’ve been told the game will be absolutely free. No download price, no in-app purchases — nothing. I hope there are some ads in there for the developer’s sake. If not, they might have a hard time funding Mighty Match 2. 😉

Pokémon GO Sounds Like It Has a July Release Date