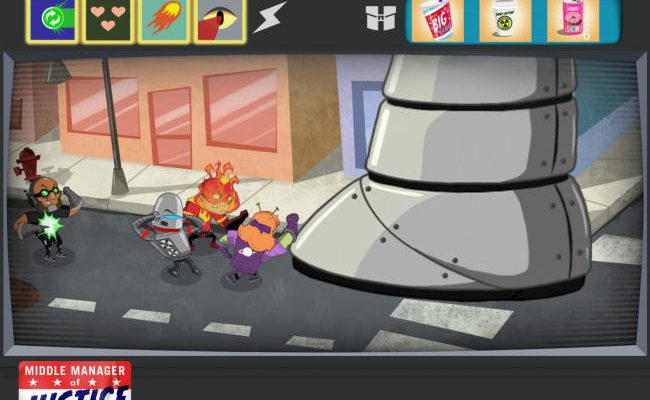 Double Fine has made a lot of interesting moves lately. Their appeal to old school adventure fans on Kickstarter is easily the most publicized one, but their development of a Sesame Street game for Kinect and revival of a game idea conceptualized by Ron Gilbert pre-Maniac Mansion are nothing to scoff at, either. And it’s great! You can never tell what they’ll be up to next. For instance, what if they suddenly announced an iOS game called Middle Manager of Justice? You’d never see it coming!

Okay, the cat’s out of the bag: Double Fine is entering the world of iOS development with the soon-to-be released Middle Manager of Justice. The game puts players in charge of an office filled with superheroes, a task which – you’ll be happy to hear – does not consist of doing menial paperwork and keeping the water cooler filled. Instead, you must manage a league of heroes, recruit new ones, and do everything you can to keep crime off the streets.

A simulation game, players will earn cash when their heroes complete missions assigned to them. This cash can then be used to expand the office and purchase equipment. Heroes will also level up, which nets you points that can be used on attributes like strength, health, and intelligence. The better the strength and health of your character, the more successful they’ll be in combat. Intelligence, on the other hand, makes it possible to research new gear and unlock special abilities. You can purchase in-game currency to spend on and subsequently speed up this process, but it’s entirely optional. 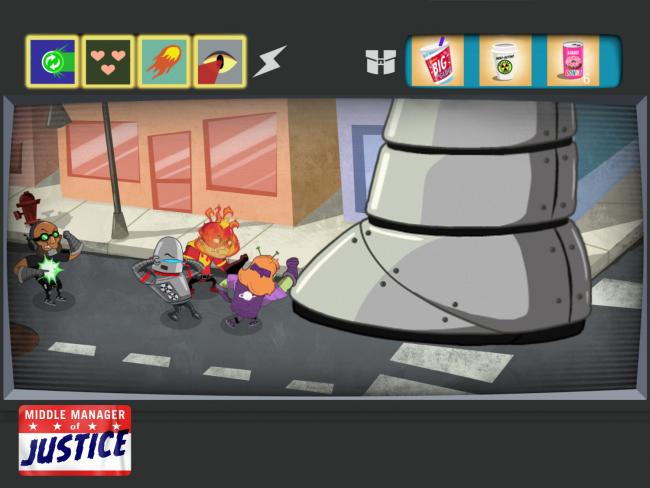 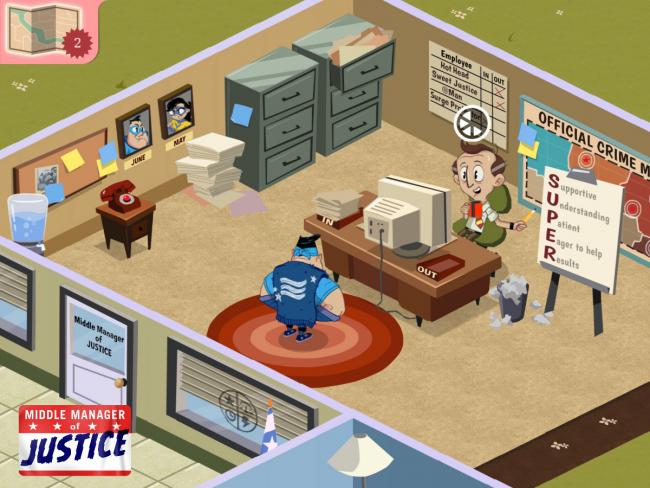 Being a Double Fine game, Middle Manager of Justice is anything but serious. Which, I suppose, the name is pretty good at giving away. Prepare to laugh – or guffaw, if that’s your thing. I’d also accept chuckles, but that’s kind of pushing it. Regardless, though, just be prepared to jump for joy in the near future, when the game arrives on an iOS device near you. And if you’re even remotely on the fence (what is wrong with you?), did I mention it’s free?