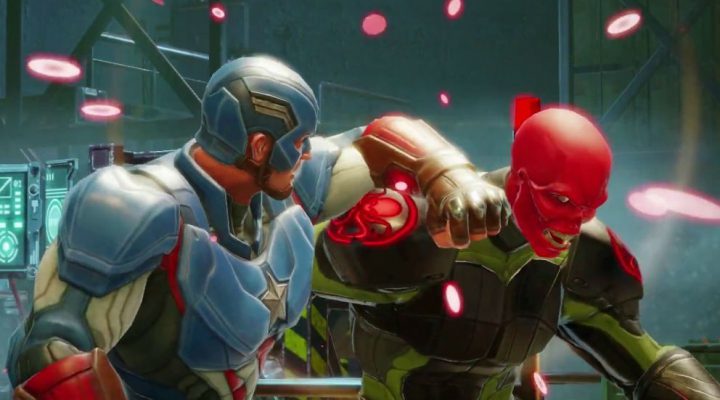 Marvel has shut down a bunch of games based on its characters within recent years, and continues to do so. But the “hope springs eternal” feeling is still strong when it comes to their characters because more games are constantly on the way, and Marvel Strike Force looks like one worth checking out.

A product of FoxNext Games, and specifically a team of ex-Kabam developers, Marvel Strike Force lets you team up heroes and villains (because there’s almost always a reason for villains to be on your team in these things) to combat a greater threat from beyond. The announce trailer, which you can see below, promises members of the Avengers, Guardians of the Galaxy, Daredevil, Doctor Strange and more.

Details on the gameplay are scarce on the official website, but it certainly looks like 5v5 strategic combat, otherwise known as the Marvel equivalent to Star Wars: Galaxy of Heroes. I’m probably not alone in saying I’d be cool with that.

The commenters on that video raise a number of interesting points. Why is there so much emphasis on the characters from the Marvel Cinematic Universe? Does this mean no X-Men or Fantastic Four characters? Will there be live PvP?

The answers are likely “you know why,” hopefully and probably not in that order, but I’m prepared to be surprised to the upside all the way around. No release date has been revealed yet for Marvel Strike Force, but you can pre-register now for either iOS or Android, and we’ll be waiting impatiently for more details.

Niantic is Working on a Harry Potter AR Game for 2018