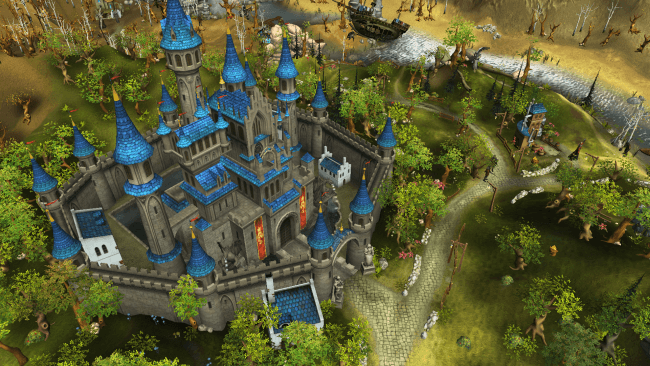 Are you Team Humans or Team Demons?

Some might say that strategy games are a dime a dozen on the App Store these days. But when we get right down to the heart of the matter, a full-fledged strategy experience with expressive graphics and fulfilling gameplay to match is a much rarer thing to find: which is where Lords of Discord by Herocraft comes in, an upcoming strategy game that features Humans and Demons both vying for control of a rich fantasy world. I recently had a chance to speak with Andreev Alexander of Herocraft, who also served as the team lead on Lords of Discord, to find out a bit more about what inspired this exciting new addition to the strategy genre, as well as what gamers can expect to find once the title launches next year on a variety of platforms.

Alexander and the team at Herocraft are certainly no strangers to the world of making strategy games, as their past roster of titles includes the well-received Majesty: The Fantasy Kingdom Sim and Majesty: The Northern Expansion. However, the folks at Herocraft felt that the strategy genre as a whole was not being fully represented in all of the various mobile app stores that are available today, and so they sought to make a game that would help to fill that void, inspired by the likes of old-school turn-based strategy games like Kings Bounty and Heroes of Might & Magic 3. After their prior work on the Majesty series, Alexander and company have learned a lot about the proper ways in which to make a successful strategy game for the mobile market today in 2013, explaining “we must pay attention to the evolution of mobile devices and choose a strategy accordingly that will make the game realistic and graphically up-to-date at the time of release.”

Lords of Discord features a single storyline that interweaves events from two different complementary campaigns: the Humans and the Demons. However, it is only through playing as both separate factions that players will ultimately be able to realize the broader scope of the game’s storyline and background lore. Alexander tells me, “Whichever race you play as first, we hope, that you’ll be keen to dive into the other one; you’ll be solving problems created by your success [and] goals from the first campaign.” The game will initially launch with the campaign for the Human race, while the Demon campaign will be coming a little bit later on in the first free title update. As far as future updates down the road are concerned, Alexander and the team are already in the planning stages for adding new races such as Dwarves, the Undead, and Elves, in addition to entirely new campaigns as well.

The graphics in Lords of Discord are nothing to sneeze at, either, with the debut trailer showcasing the game’s three different vibrant landscapes: “the luscious green lands of the Human race, the scorched lands of the Demons, and the neutral areas teeming with monsters.” Alexander tells me that the final look of the game’s environments and visuals are still a little ways away, although the Human race characters can be seen in the trailer in what will more or less be their final rendered forms. However, it should also be noted that Lords of Discord is not just about the looks, and that a sharply executed strategy game is deeply rooted underneath all of that graphical sheen. As Alexander makes a further point to explain, “Many developers put too much focus on graphics and forget about elementary playability. We’re keen not to make this mistake and understand that a good strategy game is all about gameplay and balance.”

And just by looking at the deep and engrossing battle system that’s established here in Lords of Discord, you can already tell that the gameplay won’t be a problem for this one. Progressing through the game is a simple matter of earning experience through battle and leveling up your units into lethal combatants that are feared by the entire land: “The game has a unit growth system that allows a relatively weak warrior, through battle, to progress to the next level and become a much more formidable opponent, able to inflict great damage and also gain additional abilities.”

Alexander warns players, though, that with the way the battle system in Lords of Discord is set up, even losing a single experienced unit can ultimately lead to a swift and painful defeat. Planning will definitely be the key to success here in the game, as deciding where to place each one of your different unit types and utilizing their specific skills and parameters is going to make up a large part of the overall strategy. Alexander gives me a detailed example on how this basic structure will work: the archer units can attack any enemy near or far on the battlefield, thanks to their long-ranged attack; however, the archers are extremely vulnerable to close-ranged combat, and so players might opt to place them behind the more protective and well-armored knight units.

In addition to the traditional units that cover the battlefield, each player will also be granted special titan units that cause exponential damage to the opposition, but take up twice as many spaces on the actual game board. The other tradeoff here is that while the titans are significantly cheap to hire, they also require a great deal more of experience in order to reach the next level and become more effective in battle. The dueling Human and Demon races will also play a big part in determining your overall strategy, as the Humans are more inclined to use healers and attack from a distance with archers, while the Demons have a more fast and personal approach, with a heavy reliance on titan attacks and the power of mages. As Alexander puts it, “How you choose to level up your squad and choose unit types is up to your playing style.” 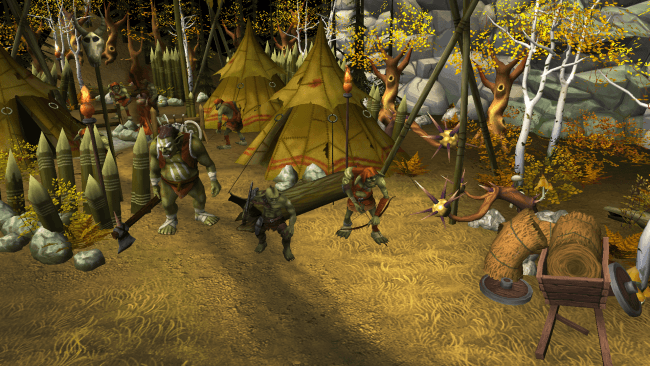 Outside of the actual battling system, Lords of Discord will also feature an intricate terramorphing component, which players can use to mine mana, gold, and other resources after conquering and taking control over a specific territory in the game world for their specific character race. As it currently stands, commanding over these territories and farming their respective resources will bring in a steady flow of income for the player, although Alexander says the developers are also experimenting with a few other additional tactical benefits that terramorphing could possibly bring to the territory owner by the game’s final build: such as increased regeneration for a player’s health and mana meters, or increased protection from an enemy’s spells during battle.

Lords of Discord is currently slated for a tentative iOS release around June 2014, with additional platform support to follow at a later date. In the meantime, the developers will be hard at work finalizing the graphics in the game, as well as completing the Demon characters and a few of the landscapes, and finishing up other aspects in level design, special effects, and sound elements. To help with the completion of their project in time for its projected release, Herocraft has launched a Kickstarter page for Lords of Discord that offers some pretty neat rewards for project backers. There are still two weeks left to donate to the game’s Kickstarter campaign and help Herocraft reach their goal in time, so be sure to take a look if richly engrossing strategy games are your thing! 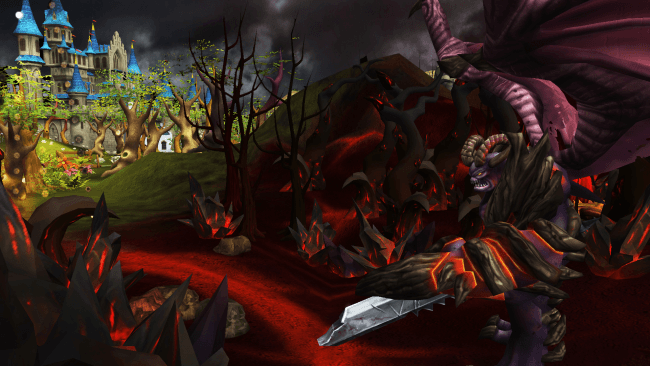 In closing, Alexander offers up this one final bit of faith that the development team has in Lords of Discord: “the genre of strategy games has been poorly serviced on mobile platforms, and we’ll do our best to improve the situation and release a product of high quality.” So I guess the only real question that remains now is: will you be on the side of the Humans or the Demons?