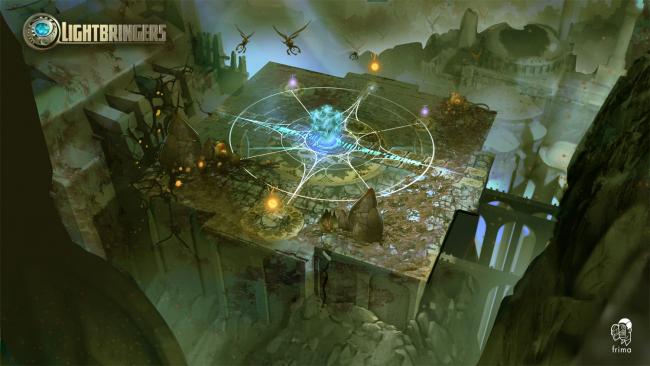 There’s a very good reason for the saying “fun in the sun.” It’s because sometimes the dark can be a real jerk! Well Lightbringers: Saviors of Raia is about to let you hack and slash your way through all the darkness you could possibly find, and make sure that all of that glorious, comforting sunlight will always be here to stay.

The ambitious RPG is being developed by Firma Studio, whose past accolades include Nun Attack and Zombie Tycoon. It’s pretty appropriate, then, that Lightbringers would be announced today on the Summer Solstice, which you may or may not know, is the longest day of the year. That’s right, let’s keep that darkness at bay for just a little while longer!

In the original new IP, players are tasked with ending the madness that’s shrouded in darkness throughout the lands of Raia. An evil being known simply as the “mysterious creep” has infected all the inhabitants of Raia and turned them into vicious monsters. Luckily, you’ll be armed with an entire arsenal of devastating weapons which are able to harness the power of light to combat all the darkness. In eradicating the infection, players can snag loot, reclaim lost territories, and swing their gleaming swords at any shadowy being that happens to move.

Not only are the graphics in Lightbringers stunningly gorgeous from what we’ve seen so far, but the technical prowess won’t place any sort of limits on the actual gameplay, as Firma promises that players will be able to battle over one hundred different creatures on the screen at once, in a number of diverse and dynamic environments.

Little else is known about the game right now, other than what we can grasp from the newly-released concept art: which only backs up our assumptions that this game is going to be pretty wicked. Lightbringers will be available this fall on mobile and web devices, where seamless drop-in/drop-out cross-platform play is all just an integral part of the co-op experience.