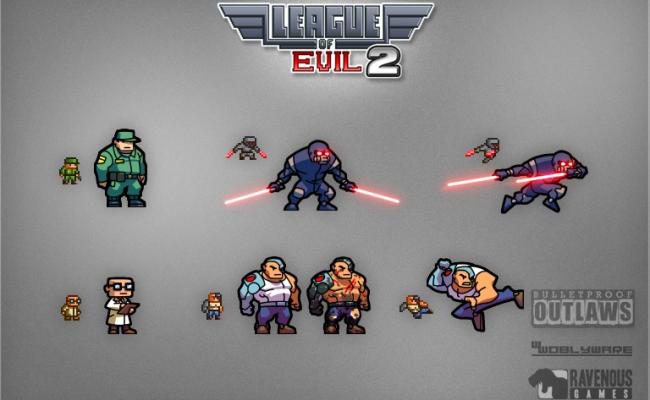 League of Evil left us (the members of the 8-Bit generation, that is) begging for more. Everything about it felt like it was a masterpiece made for the original Nintendo system. Now Ravenous Games has revealed that it’s got a special treat in store for all of us who fell in love with their amazing little title: League of Evil 2 is on its way, and it’s aiming to be even better than its predecessor.

One of the biggest charms with League of Evil were its pixel-art graphics. This time around, Ravenous Games has handed the visual work over to Bulletproof Outlaws. As a result, the sequel is set to feature hand-drawn animation that —based on the screenshots— looks pretty darn cool. 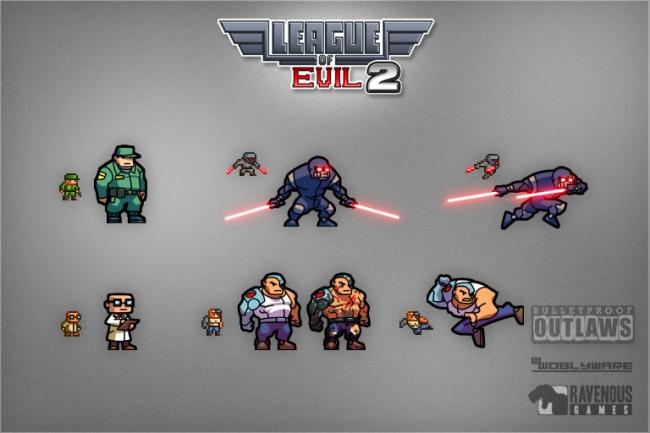 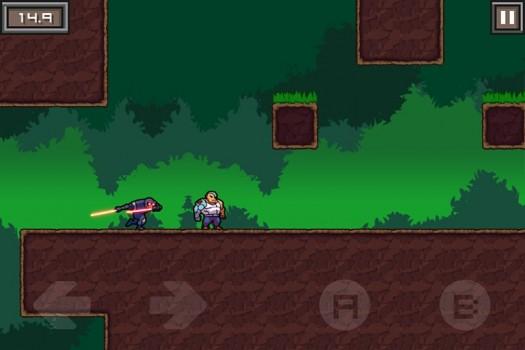 The original game’s various obstacles and enemies will reportedly be making a return appearance in League of Evil 2. On top of that, six new enemies will appear to put a damper on your dastardly missions, and 100 levels and five different environments are being promised for the game’s launch.

Ravenous Games hasn’t revealed a definite release date yet. Based on the finished look of the screenshots, we’re hoping it will be sooner rather than later.