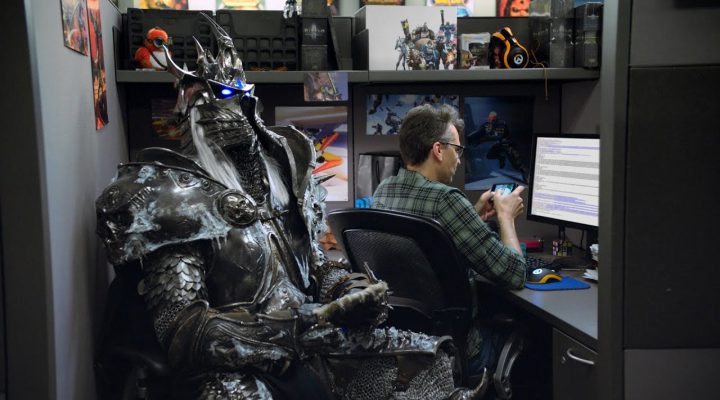 Yes, we’re well aware that a certain mega-popular HBO series is all about winter coming or being here or whatever, but things are about to get colder in Hearthstone as well. The Knights of the Frozen Throne expansion is almost upon us, and Blizzard just revealed exactly when we’ll all feel the chill.

Specifically, Knights of the Frozen Throne is set to launch on Thursday, August 10. It brings with it 135 new cards, Legendary Hero Cards that transform familiar characters into Death Knights and give them new in-game powers, the new keyword Lifesteal which is exactly what you think it is, and eight new missions that challenge you with new bosses and ultimately, The Lich King himself.

Best of all, the new missions are free. You can nab a Legendary card just for completing the prologue and a free Knights of the Frozen Throne card pack for each completed wing.

The Lich King isn’t just sitting around and waiting for his moment in the sun, frigid though it might be. He’s actually been spending some time at Blizzard headquarters, hanging with the Hearthstone developers and trying to fit in.

But hey, you can hardly blame the guy for his enthusiasm. When was the last time you got to be the focus of your very own Hearthstone expansion? The 32nd of Neveruary, that’s when.

If you find yourself as hyped as The Lich King and want to make sure you have new cards at your fingertips as quickly as possible, you can pre-order a bundle of 50 expansion packs at the special pre-order bundle price of $49.99 right now. Otherwise, you’ll just have to chill (sorry), because Knights of the Frozen Throne is almost here.