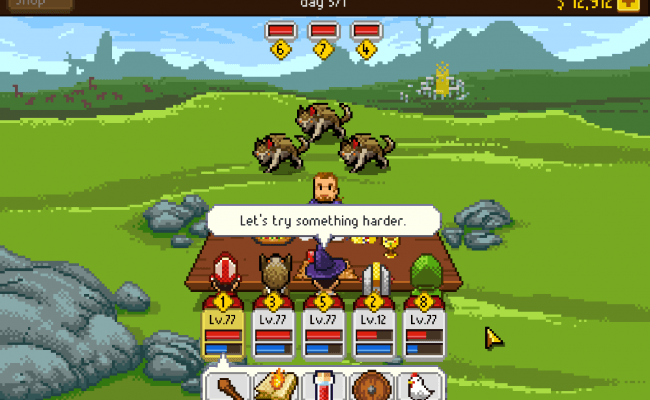 Behold Studios already took us on one great geeky trip down memory lane, and the developers are getting ready to do it again. Knights of Pen & Paper: +1 Edition will recreate and expand upon the mobile homage to traditional RPGs and eight-bit graphics for a wider range of platforms thanks to publisher Paradox Interactive. And if you understand what the “+1” means without further explanation, you’re probably perfect for this game.

If you missed out on the first Knights of Pen & Paper  (and shame on you if you did), it managed to find the sweet spot between reveling in the tropes of old school physical and video game RPGs and subtly poking fun at them at the same time. Along with a retro feel that ran through everything from the turn-based combat to the soundtrack, it had surprising depth and a sense of humor that often relied on breaking the fourth wall. Another nice feature was that you controlled both the players and the dungeon master, meaning the difficulty of each battle was completely up to you.

The +1 Edition promises to up the ante with the entire campaign from the original version, plus more of everything. That means more dungeons, monsters, traps and treasures, plus additional options for your characters to utilize in battle. The Tavern will enable you to switch party members (and hopefully allow the ones not being used to get a frosty beverage), meaning that when you unlock the developers’ avatars, you can swap out the Pizza Guy without starting all over. 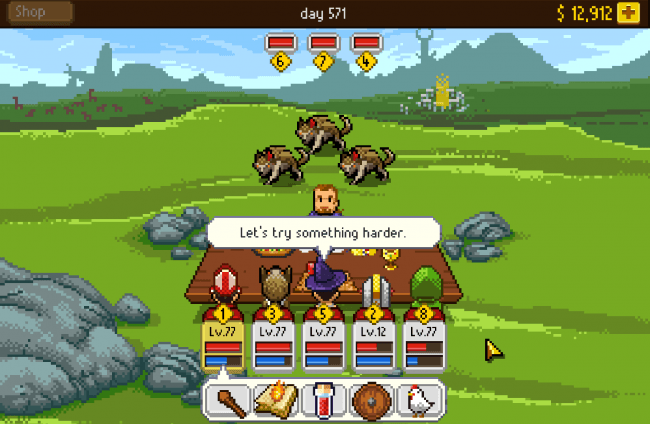 But I don’t want to give away too much. The best part is that the new game is coming to Steam so Windows, Mac and Linux users can get in on the fun, while iOS and Android devices won’t be left out in the cold either.

Still not convinced? Then my attempts to get you fired up have failed. There’s still hope though, since you can follow Knights of Pen & Paper: +1 Edition right here at Gamezebo as it gears up for its expected Q2 release. I think you’ll come around.