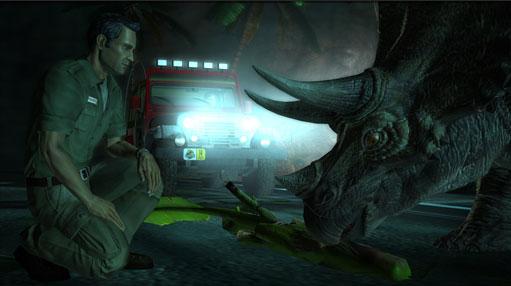 Telltale’s Jurassic park: The Game is now available for pre-order in advance of its Nov. 15 launch. Fans who pre-order all 5 episodes of the PC/Mac version of the game from the Telltale Online Store qualify for $10 off the Deluxe Edition.

Jurassic Park: The Game will also launch on Nov. 15 on the Xbox 360 (the company’s first retail game for Xbox 360) and the PlayStation 3’s PlayStation Network. An iPad version of the game is also in development, and will launch soon after.

Jurassic Park: The Gameis a cinematic adventure that takes players back to Isla Nublar – the site of Jurassic Park – during the events of the first movie. It allows them to experience Jurassic Park as they never have before in an interactive format. In addition to locations and creatures familiar to fans of the movie, the game offers new areas to explore and new prehistoric beasts to survive in a game that combines fast-paced action, exploration and puzzle-solving.

Fans of Jurassic Park will soon be able to experience what really happened to the Barbasol can of stolen dinosaur embryos lost during the first film in the new adventure game series from Telltale (Back to the Future, Tales of Monkey Island). Customers can now pre-order all 5 episodes in the series for PC and Mac for just $29.99 total, saving $5 off the full purchase price of $34.99 when the series launches later this year.

An episodic adventure in five parts, the game is set during the events of the first film. The storyline picks up on the stormy night that Jurassic Park began to fall apart – when Dennis Nedry stole a Barbasol can full of invaluable dinosaur embryos.He died trying to deliver it, and he never knew that it contained a tracking device. That same night, a desperate smuggler infiltrates Isla Nublar, hunting the canister and its precious cargo. She collides – literally – with park staff trying to evacuate. 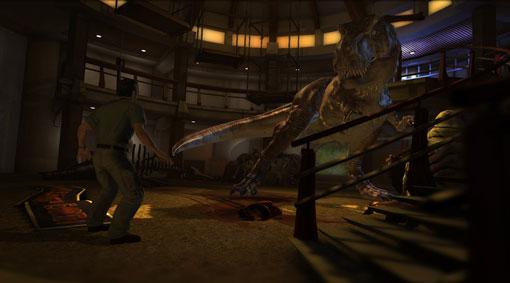 They are trapped together as the park collapses, left behind with the newly-freed dinosaurs. When InGen launches a perilous rescue operation, mercenaries, saboteurs, and survivors are thrown together in the struggle to escape the island. They confront T. Rex, Velociraptors and other dinosaurs in spectacular showdowns. As human agendas clash, secrets of the park are exposed, and a new threat emerges: an eerie, nocturnal predator stalking the group, hunting them relentlessly across the island.