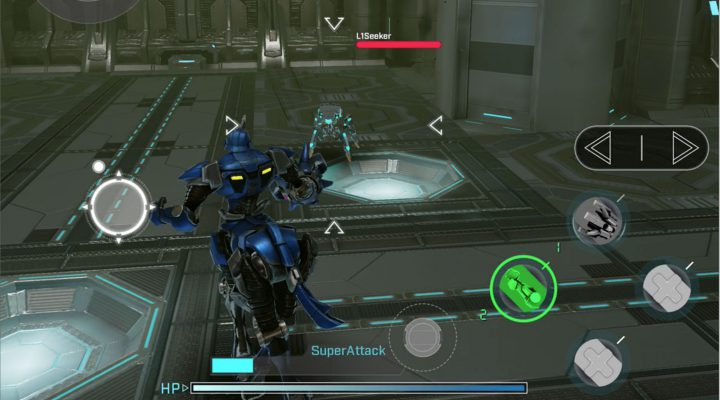 At this point, everyone gets what toys-to-life is all about. Skylanders and Disney Infinity have made certain of that, making tons of money and turning the category into one where only the big boys, like Activision and Disney, could reasonably be expected to make a mark.

Jumo knows this only too well, since its founders came from similarly large companies themselves. They have no intention of jumping into that fray, but flipping the formula of video game and toys around 180 degrees with Infinite Arms, a title coming to iOS and Android this summer that Jumo hopes will give birth a brand new genre: games-to-life.

On one hand, Infinite Arms is a high production value free-to-play mobile game, one that features real-time, third-person action in a sci-fi setting powered by Unreal Engine 4. Players pilot large artificial combat bots called Metamods, using them in both a campaign mode and various PvP configurations, including 1v1 and 3v3. 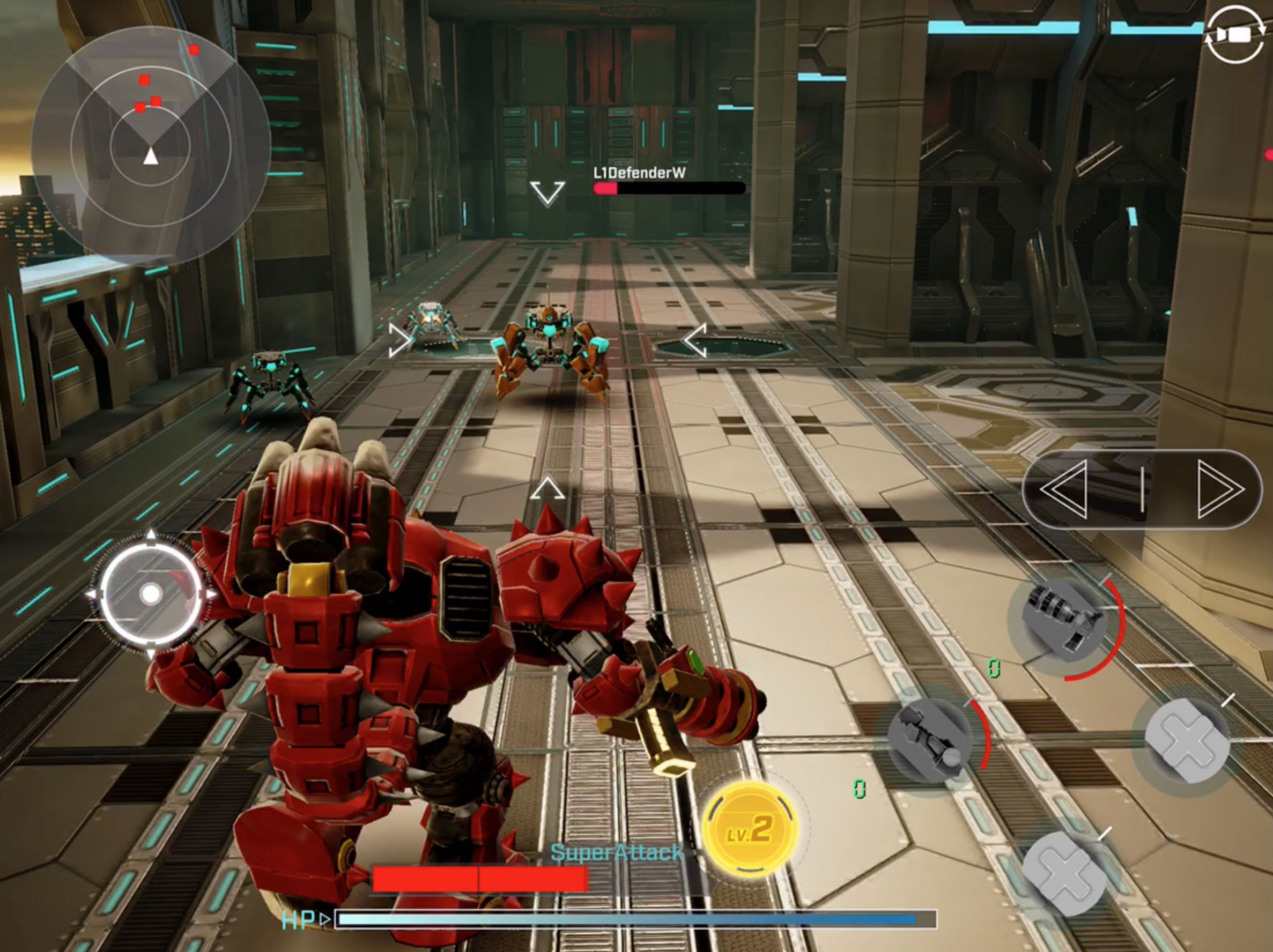 If that doesn’t sound all that revolutionary, it’s the other part of the company’s plan for which the word ambitious feels insufficient. The Metamods are represented in real life by fully articulated action figures of an impressive size. Along with fully interchangeable weapons that slot onto the arms and back, each figure has all of the electronics needed to zap the character into the game with a press of its chest button. Everything happens instantly, so if you swap a weapon — and every piece of armament can be used by any figure — it shows up in the game right away.

It’s possible only because Jumo has veterans from both the gaming and toy industries among its founders. The team that Gamezebo met during Toy Fair in New York in February included Keiichi Yano, the company’s founder and CEO and known for designing music games like Elite Beat Agents and Lips. Also on hand was Chris Esaki, a former EA and Microsoft employee who invented the modern cover system in Kill Switch.

Not on hand, but perhaps just as important in Jumo’s grand scheme, was Yasuo Takahama. All he has on his resume are two of the biggest toy sensations to come from Japan over the last four decades, Transformers and Tamagotchi (granted, one has shown more staying power than the other).

As a group, the Jumo team was inspired by the idea of combining video games and toys by the toys-to-life products on the market, calling them “a good start,” but also seeking something more.

“Going into this segment, we kind of looked at the products that were available, and we weren’t really kind of happy with what was out there,” Yano said to Gamezebo. “As gamers and as collectors, it’s kind of like, ‘Well, you know, I don’t know if I would do that.’ So we really haven’t seen something to our minds that enhances the experience of both toy and game.” 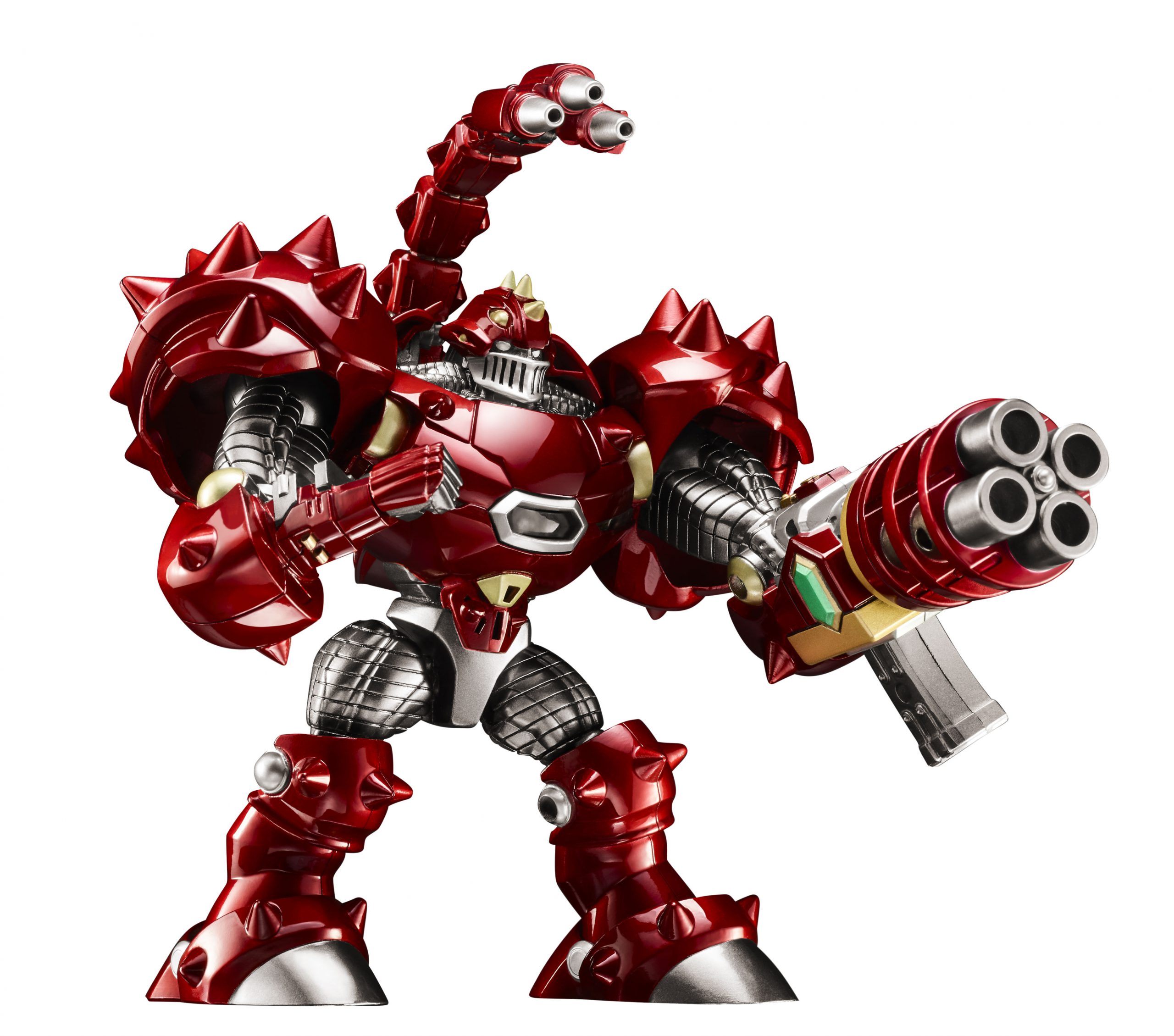 Part of the issue was with the toys, which Yano notes are really more properly called “non-animated statuettes.” Sure, Disney Infinity and Amiibo figures are well-designed and great to look at. But can you really play with them?

The figures that are at the heart of Infinite Arms won’t have any issues in that regard. Not only were the prototypes on display in New York as solidly built as any semi-high end action figure from an existing IP, they also worked exactly as designed without the need for wires or a special portal like you’d find in existing toys-to-life games.

As the movie version of Ultron might say, there are no strings on them, and that was important to Jumo.

“We value the physical play so much that it’s integral to how we’re designing the experiences,” Esaki said. “So if they’re tethered and they’re clumsy and you can’t play with them, it actually breaks the immersion and the overall play experience that we’re trying to deliver.” 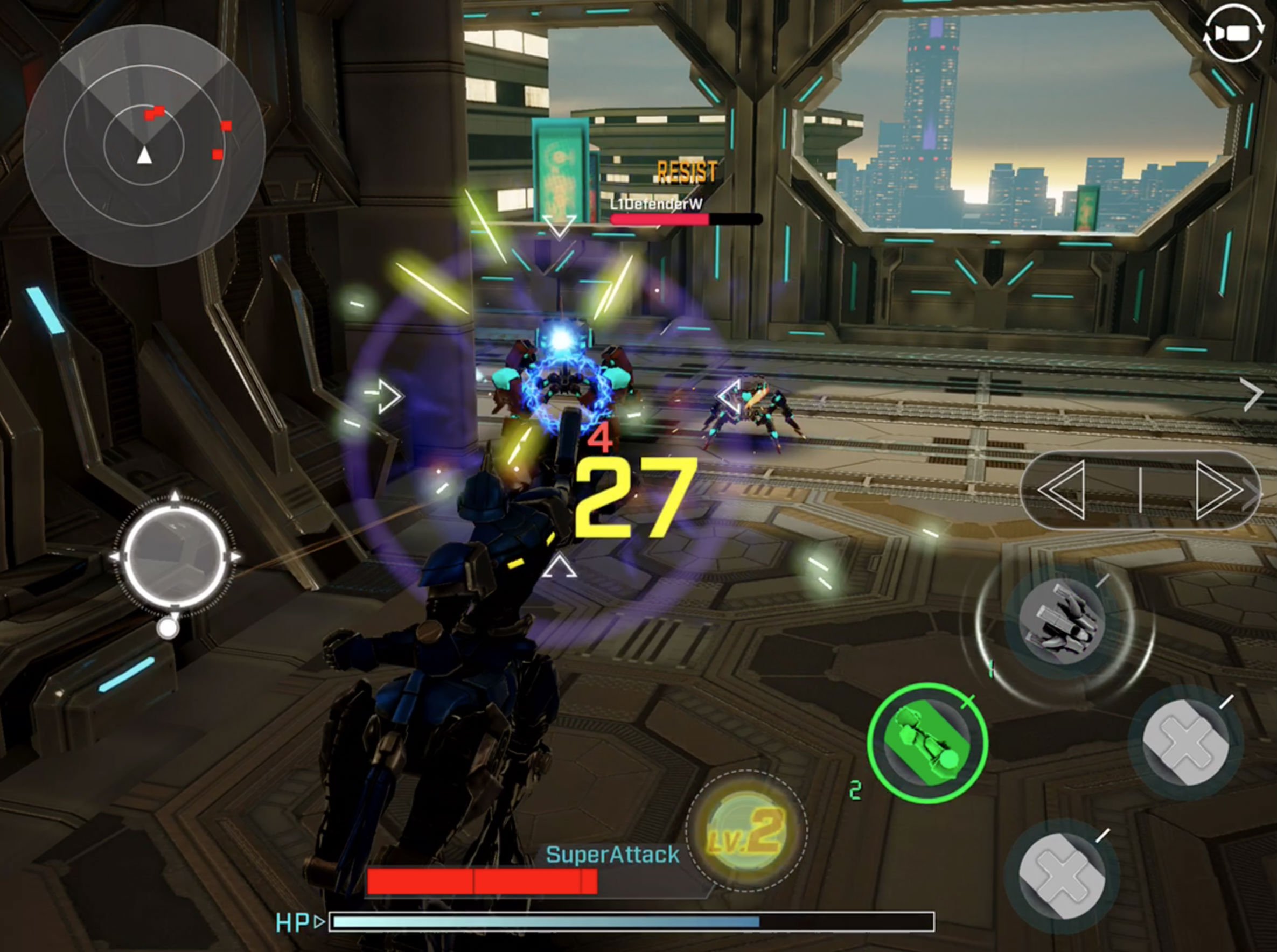 They’re also essential to the monetization system for Infinite Arms. As a F2P game, anyone will be able to download it and play with a full range of characters and weapons. The free, “software only” versions of the weapons won’t be as powerful or as fully featured as their physical counterparts, but Jumo says they will allow mobile gamers who never want to spend a dime to enjoy the game anyway.

Because of the competitive nature of the PvP arenas (and yes, the word “eSports” was thrown around), the idea is that the most dedicated players will want the top notch gear that they’ll only be able to get by buying the toys. They’ll be able to do that right from inside the game, in what is perhaps the most clever feature of them all: Opening the in-game store allows players to order toys directly from Amazon.

Jumo isn’t at liberty to discuss all of the details of its partnership with Amazon, but the plans they have for refreshing the toy line at a pace that matches the constant flow of updates to a F2P game — what they call Fast Toys, inspired by fast fashion brands like Uniqlo — wouldn’t be possible any other way.

“For the most part, we don’t really have a retail strategy, a brick and mortar strategy right now,” Esaki said. “The entire process of marrying a free-to-play game with these constant, weekly, hourly updates with a toy product, it’s too fast. You can’t actually push to retail at that pace. Amazon? No problem.”

“It doesn’t make sense if you’re trying to connect toys to a game if the toys can only be refreshed once a year or once every year and a half,” Yano added. “This ecosystem allows us to keep up with the rapid changes on the software side, and that’s how we were able to make this all work.”

There’s one final element that might raise the whole concept to the ingenious level, and that’s collectability. Some people who order a certain weapon will randomly receive a rarer version instead. The in-game loot system works by using modification items that can be slotted into figures or weapons, allowing for them to be tailored for specific play styles but also making them trade fodder. And because the figures will follow along with seasonal updates to the game, once each season passes, those figures won’t be produced again.

Topping it all off, Jumo anticipates all of the data produced by the combination of toys and game to allow them to tell the game’s story in a way that simply wasn’t possible before.

“Let’s say we know no one’s using the bazooka,” Esaki said. “Why? We’re not really sure. Next week we create a storyline, an episode, a boss that’s really vulnerable to the bazooka. People figure that out and they start using the bazooka, and then that actually drives sales of the bazooka. Here’s where the craziness really comes to fruition: We can then start telling stories based on how players behave in the game. Players are actually directly affecting the narrative. They don’t really know that, but what it does is it actually creates even more affinity for the game. They see that their actions are reflected in how we start telling the story, which means their enjoyment of the game goes up.”

Pre-registration and limited access beta sign-up for Infinite Arms is now underway, so Jumo’s founders are only months away from learning whether or not they have the kind of paradigm-disrupting idea they hope they do. If that’s the case, the rare claim of starting a whole new gaming genre will belong to them alone.

“We have a prime opportunity to disrupt how toys and games are created, distributed and played with as well,” Yano said. “I have a games industry background, and for years we’d slave away on our IP and create these intricate universes, these compelling characters. And it made a lot more sense to me at least to say, ‘you know, we’ve got these cool universes and worlds. Why don’t we take those characters out of those and into the real world and give those things some soul?’ That’s why we said we’re not really doing toys-to-life, we’re doing games-to-life.”