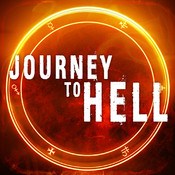 Forgive me father, for I have gunned.

Hot off the success of Marvel’s The Avengers, almost everyone has heard of S.H.I.E.L.D. The top-secret, extra-governmental organization dedicated to ensuring the safety of mankind through implausible initiatives like, say, the gathering of a team of superheroes. Far fewer, I’d imagine, have heard of Project Holy Shield, which is a whole different matter– actually, it’s kind of the same thing.

Due out this winter from developer Dogbox Studios (and publisher Bulkypix), and set in a post-apocalyptic world, Project Holy Shieldis a third-person shooter for iOS that channels the spirit of something like The Avengers. If it were set in hell. Players take control of either Gabriel or Rachel, members of a secret organization who – for thousands of years – has safeguarded mankind from “daemons” (or demons for us pop culture luddites).

Predictably, the world is in need of defending (perhaps something to do that apocalypse I mentioned), and it’s your job to drive, shoot, and tear your way through the carnage kickin’ butt and taking names. Of course, in a plot as over-the-top as this, it couldn’t be just any evil you’re fighting, and so naturally, you’re up against the “vilest evil” your duo has ever seen, on a “crazy journey of epic proportions!”

All press hyperbole aside, the trailer shows off some pretty sleek visuals to match the game’s self-proclaimed AAA status, and boasts a “real-time render” sound engine which looks to generate more impactful, in-the-moment audio. Where specifics are concerned, players can look forward to seven different maps, each containing two major levels, with “survival” and “hunt” modes fleshing out the main campaign with what will likely be unique challenges. Throw in twenty different type of weapons, and an “original, 80’s-style soundtrack” by metal band The Slaughters, and Project Holy Shield just might be unabashed “daemon” killing fun.

With that said, games like these often come with a big “might.” The recently released Dead Trigger was reviewed by us as confining a great concept to a set of overly similar maps, reducing an action-packed adventure to a just-barely-off-rails slog. I’m very much hoping care and attention is paid to making progression feel substantial, levels exude personality, and monetization come across in a non-predatory way. In other words, let’s hope more than one or two of those 20 guns are accessible through regular gameplay!

But you know what they say: do not judge, or ye too will be judged. And then killed by a group of supernatural assassins.” Or something like that. So I’ll hold off till’ winter when this one hits to be too preemptively hard on it. In the mean time, stay tuned to Gamezebo for news, updates, and reviews on Project Holy Shield, and feel free to leave a comment about your thoughts on the trailer!