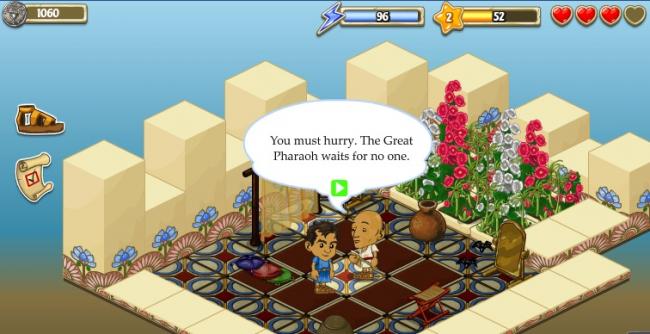 Educational games, including those that attempt to teach players about religion, don’t have such a good track record. Balancing out the fun aspects of a game with the educational ones has proven a difficult task. Which makes it all the more surprising that Journey of Moses, a game that attempts to retell the story of Moses through a Facebook game, isn’t terrible. It’s actually pretty good.

That fact becomes less surprising when you realize that Journey of Moses was developed behind the same team behind Legend Hunter. In fact, the two games share much in common. 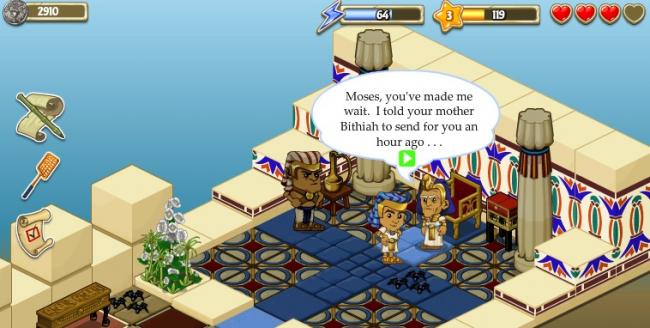 The core gameplay in Journey of Moses is much like what you’ll find in most treasure hunting games. That means you’ll be investigating different areas, one square at a time, looking for different items. But since you’re not looking for treasure in this game, the searching is instead changed to reflect the story. So early on, for instance, you’ll need to rifle through a room to help Moses find his clothes so that he won’t look so shabby when he meets with the Pharaoh. Later on, you’ll investigate a work site for a massive temple so that you can learn more about the slaves.

Since Journey of Moses does have a story to tell, there’s a bit more text than compared to other Facebook games. You’ll be talking to other characters quite a bit, and the dialog manages to find a nice balance between moving the plot along and not overstaying its welcome. 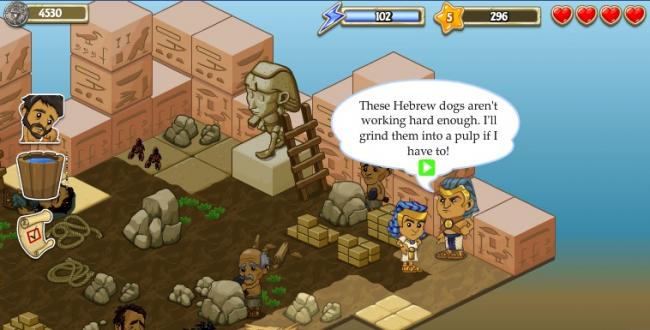 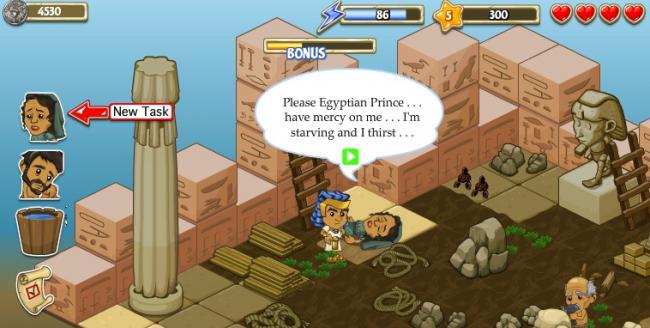 But that’s really the main difference between Journey of Moses and Legend Hunter. Other than the deeper story and change of theme, the two games play almost identical. You’ll still be investigating lots of squares, eating food to give you energy, swatting away spiders that get in your way, and collecting rare items to open up new areas. You’ll move from one map to the next and you even have a tiny little oasis that you can decorate.

Then again, even though the gameplay isn’t particularly new, Journey of Moses is still 10 steps ahead of other religiously-themed Facebook games, such as Holy Town, which makes it a success no matter what.