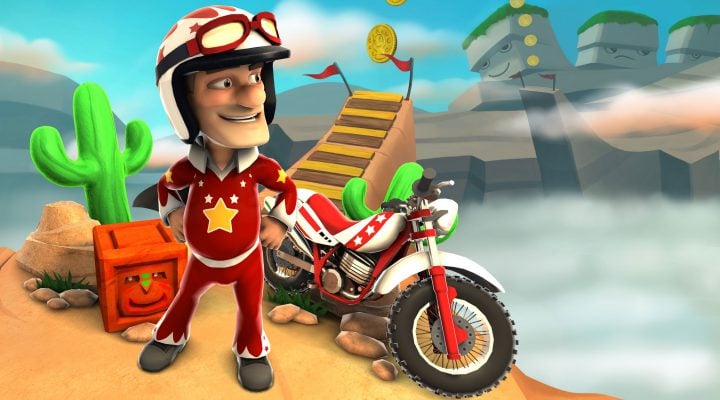 Stuntman Joe Danger has appeared on a whole host of different gaming platforms after making his debut on PlayStation Network some five years ago. And it’s over two years since he made the death-defying leap onto iOS in Joe Danger Touch, leaving Android users wondering if his bone-breaking antics will ever make their way onto the Google platform.

Well, it seems the wait is almost over. UK-based creator Hello Games has announced that it’s been working with Sockmonkey Studios on a comprehensive Android edition that’ll support Amazon and OUYA devices as well as appearing, of course, on Google Play.

Joe Danger Touch puts you in the seat of the sensational titular stuntman as you pull off a wealth of insane tricks like jumping shark-infested pools and leaping through crazy spike traps.

“Touch is based on our Joe Danger games for consoles, but it’s not a port,” Hello Games explains. “We built the 80 super-colourful, challenging levels in Joe Danger for Android from the ground up for smartphones, and the game features innovative touch-based controls. You swipe to pull wheelies, hold to crouch and release to jump, tap to collect coin bonuses, and perform stunts with a swipe as you’re in the air.” 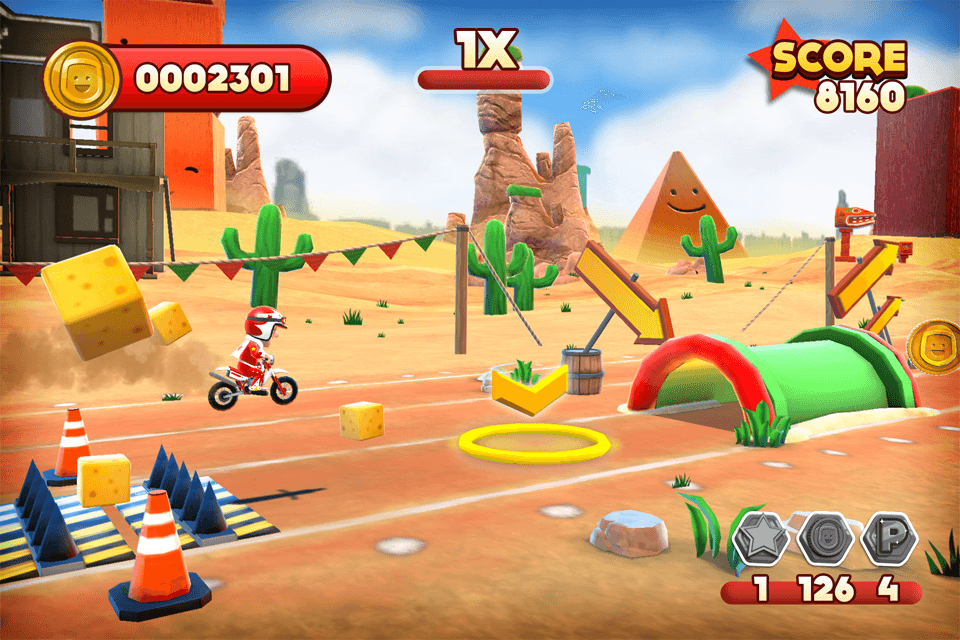 To further refine the Android edition of Joe Danger Touch, a host of different external controllers are supported, including Xbox 360, PlayStation 3, generic HID/USB controllers, the MOGA gamepad and the Nvidia Shield.

The release date is yet to be announced, but we’re assured that Joe Danger Touch will be in our Android bag very soon. Keep an out here on Gamezebo for more info as it happens.