Jack of All Tribes Preview 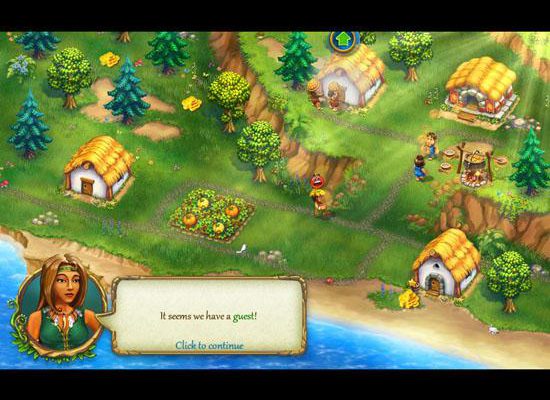 Be Rich creators tackle a tropical setting with Chieftain Jack

Divo Games (the developers of Be Rich) are back with another building sim called Chieftain Jack, which is set to launch in a few weeks. Chieftain Jack leaves behind the modern buildings of Be Rich for a tropical island setting where Jack – who seems to be a castaway, or maybe a time traveller; it was a bit hard to tell – has to help tribes of primitive people grow their villages and thrive. 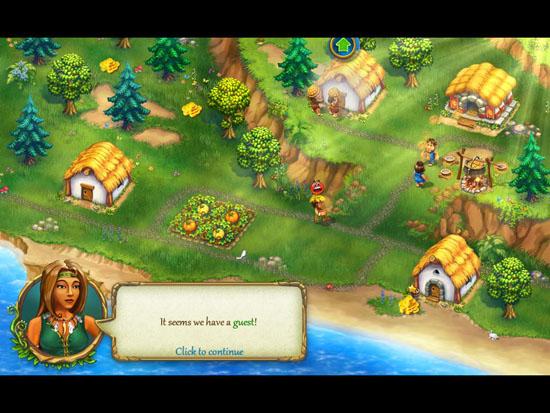 After spending half an hour or so with the preview copy Divo Games provided, we can safely say that we’re excited about this game. Chieftain Jack brings forward some of the best qualities of the Be Rich series (like levels goals that change on the fly, and random events that can throw a wrench into your carefully laid plans – in a good way!) but at the same time it’s much more than simply Be Rich with a tribal coat of paint. 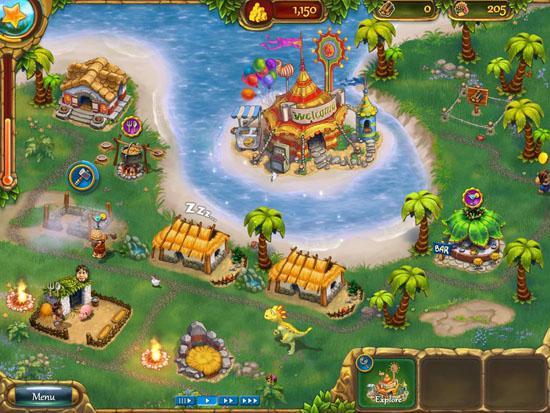 The basic gameplay follows the tradition of other building sims that have come before. Your villagers are your workers, and you must direct them to build huts and other structures (including a tiki mini-bar!), plant and harvest crops, chop down trees for wood, and pick up coins and other collectibles as they’re dropped. If you can complete all of your level goals before time runs out, you’ll earn a Gold Star. 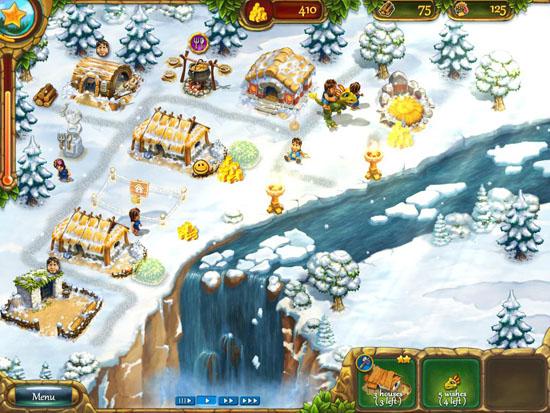 The villagers are very cute, and as they work you’ll be treated to delightful animations. Even something as simple as harvesting a pumpkin patch is fun to watch as the villager plucks a pumpkin out of the ground that’s almost as big as he is, complete with a “pop” sound.

Chieftain Jack borrows a page from time management games in that you can queue up your villagers’ actions. The game is also very smart about how to allocate your limited number of villagers to get all of your queued tasks done. If your villager happens to be close to an item and it’s in the queue, he’ll grab it before continuing on to his building project. If certain villagers are hungry and you click on the pot of food, they’ll divert from their tasks to eat, while their not-hungry companions keep working. 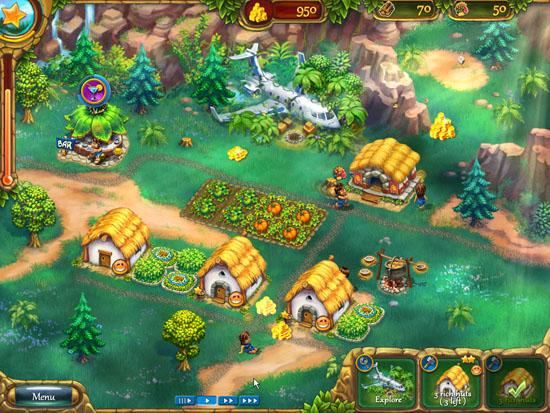 As the tribe’s unofficial special advisor, you’ll work your way across a map of interconnected islands helping out each village with their problems. While basic tasks include building a certain number of huts, making sure there’s a certain amount of food in the food stores, and so on, you’ll also be called upon to put out fires – sometimes literally. Buildings randomly catching on fire is just one of the unexpected events you’ll find yourself dealing with. In another, a farmer from a neighboring village appeared distressed because his village didn’t have enough food – so all of a sudden we had to come up with 300 extra food on top of our other level goals. In another instance, an airplane crashed on the island and we had to scavenge it for useful items by way of a hidden object scene search 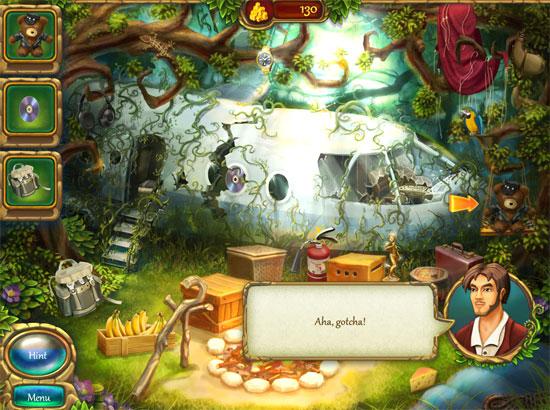 If you’re a fan of building sims, Chieftain Jack is a game to keep your eye on. According to Divo Games it will be coming out in a few weeks. If you’d like to be notified when Chieftain Jack launches, be sure to set a Gamezebo Alert!