Home / Upcoming / Is GOLFINITY the Next NimbleBit Game? 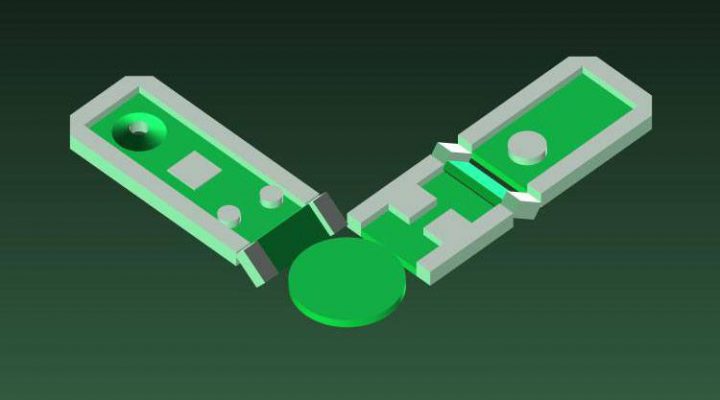 If you’re a fan of NimbleBit’s past efforts, there’s a good chance you’ve heard the names David and Ian Marsh. And if you’ve heard those names, you might just follow the developers on Twitter at @NimbleDave and @eeen.

If so, there’s a good chance you’ve heard about GOLFINITY in the last few days. While they’re not sharing any details, both accounts (as well as that of NimbleBit’s Tim Rudolph) have been sharing score updates and images from a yet-to-be-released game called GOLFINITY during the last week.

I just scored 1 over par on hole 1562 in GOLFINITY! pic.twitter.com/3s1nKkDtje

Further tweets have revealed that it’s coming to the App Store soon, “there are no plans for Android at the moment,” and that it’s already been submitted to Apple for approval:

But still – we don’t exactly what it is. If I were to speculate (and hey – that’s what you pay me for), my guess is that we’re looking at a mini-putt game a la Mini Golf MatchUp, but with randomly-generated courses that go on forever (Desert Golfing, anyone?).

Again though, that’s a complete guess. For all we know this could be a narrative art piece based on Lee Trevino’s They Call Me Super Mex. Or maybe a poorly conceived game-only sequel to Happy Gilmore (hey, it could happen).

And there’s also the question of who developed it. NimbleBit is tweeting about it for sure, but let’s not forget – Disco Zoo was a NimbleBit project that was created in conjunction with Milkbag Games. Could GOLFINITY be another co-production? Or is this straight-up NimbleBit?

Whatever it is, we can’t wait to get our hands on it. And if these tweets are anything to go by, we hopefully won’t have too long to wait. Come on Apple – make with the approval already!