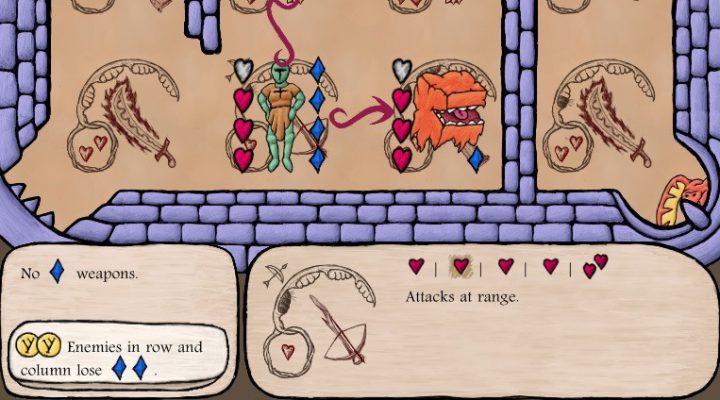 There are a handful of names in the mobile indie games scene that make us giddy with excitement, and Michael Brough is one of them. Brough was the creator of the critically acclaimed roguelike 868-HACK, as well as the criminally underrated Helix. His next game is Imbroglio, and according to a recent tweet, it’s coming to the App Store on May 19th. 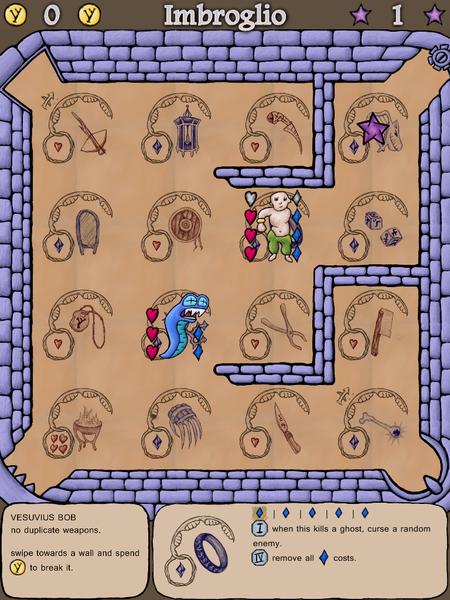 Imbroglio will mix roguelike dungeon crawling with card game elements. “It is related to my earlier game 868-HACK,” Brough told the Independent Games Festival, “not a sequel but a cousin.” And speaking of the IGF, Imbroglio was nominated for Excellence in Design at this year’s awards, taking home honorable mentions.

Pocket Gamer are reporting that Imbroglio’s uniqueness comes from how the cards are used: rather than deck-building, the cards will form the tiles of each dungeon. As with any roguelikes, permadeath is a thing you’ll need to get used to, and there will be various classes with unique abilities and limitations to choose from.