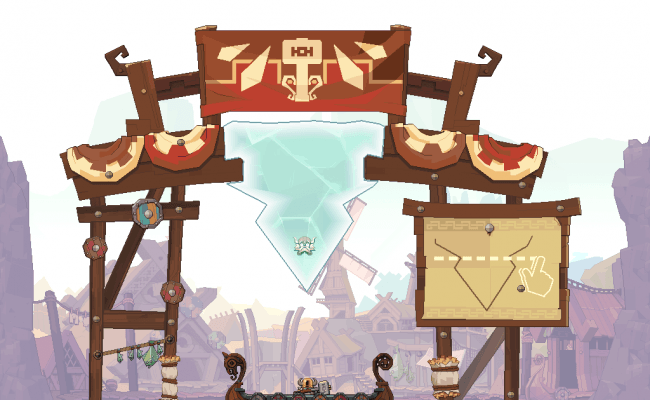 Looking to get to know someone? I hear Vikings are a great ice breaker

When we learn about Vikings, we typically only hear one side of the story. Sure, they ate large hunks of meat, grew crazy facial hair, and wielded massive axes. But they were a sensitive people, subject to the fierce and fickle nature of this crazy earth we all inhabit. As a matter of fact, many of them were once blown away by a great wind.

I’m basing the latter half of that information on the upcoming Ice Breaker for iOS, a game that I’m pretty sure serves as a biographical tale of Viking life.

Not all hope is lost for those windswept Vikings. Indeed, they’ll be aided by the player in their quest to escape the cold clutches of the ice around them, and return to their awesome, manly ship. If this is starting to sound familiar, it’s because Ice Breaker is based on a popular flash game of the same name. And before you cry foul of lazy porting to earn a quick buck, I should probably mention that this new version is being built from the ground up to support the iPhone and iPad’s retina display. Have you ever seen Vikings on a retina display? The majesty that is their beards will astound you. 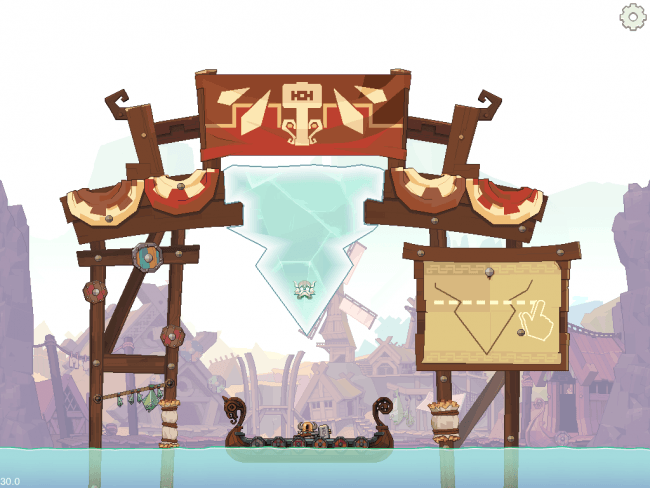 Seeing as how slicing and dicing is the core mechanic of the game, Ice Breaker should feel right at home on iOS. In fact, I could easily see it surpassing the PC version in terms of ease of use. This is important, because precise cuts are the key to victory in the game.

As one might expect from a puzzle game featuring Vikings, Ice Breaker has a lot of charm. The Vikings pepper the game with humorous little quips during levels, and they also have beards that cover nearly their entire body. I’d be lying if I said I wasn’t jealous about that last part. Then again, they kind of need epic beards if they’re going to stave off hypothermia from being enclosed in ice. 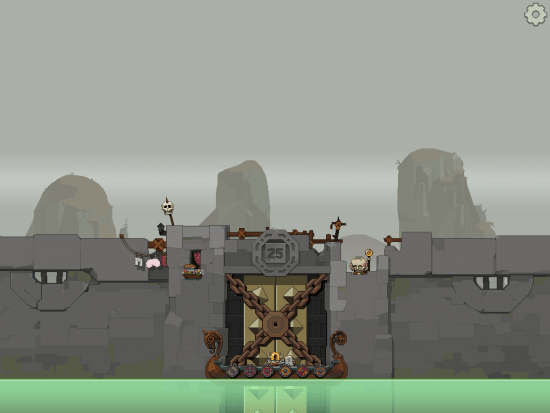 The charm bleeds into other elements, too. For example, some puzzles require you to utilize chickens to solve them. How often do you see something that awesomely strange in films or other mediums? Just about never.

A release date hasn’t been announced yet, but developer Nitrome has stated they’re about 80% complete with the game. From there, they intend to do some user testing before submitting it to Apple. Things move quick in the mobile space, so I imagine we’ll be rescuing Vikings here in no time.