House of the Lost Preview 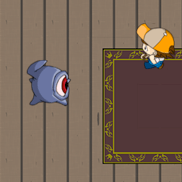 Oddly enough, not a horror film about maps in iOS 6.

When F5 Games (Pocket Heroes) approached us about their next game, I was curious what the ambitious indie studio had cooked up. Digging a little deeper, it seems that House of the Lost is a vibrant, adorable roguelike inspired by cartoon ghost stories and classic gaming. Think of it as The Legend of Zelda meets The Binding of Isaac. Now, I’m left with only one more question: when did Halloween become Christmas!?

Perhaps I’m getting ahead of myself. As with any good spooky story, let’s start by setting the scene. In this case, an innocuous, friendly neigborhood… not unlike the one in which you’re probably living right now. It’s there that your sister decides to wander into the creepy, creaky old manor house on the hill, despite the stories about similar brave young children. Children who never seem to come back. Now, it seems that she may have become one of them! Thought not if you have anything to say about it. Armed only with your trusty slingshot, you march for the House of the Lost, determined to get back your sister…or disappear trying.

What follows is an endless dungeon crawler exclusively for the iPad “that will challenge your reflexes with fast paced combat and tricky puzzles.” Across a series of randomized rooms, an onslaught of monsters, traps, and tricks await, and you’ll need to use the game’s touch interface to crack each code and defeat each otherworldly enemy… before they defeat you. All candor aside, the imperative here is much higher than in an average adventure, as House of the Lost offers neither continues, nor checkpoints, nor saved game slots. Death or defeat means starting back at the beginning of your quest.

Happily, there is a small exception to the rule. House of the Lost comes complete with a crafting system that allows you to unlock new, more powerful items for any successful combination made at one of the game’s workbenches. These items can be found on repeated playthroughs, and used to surmount challenges more easily. Ultimately, though, as with any roguelike, the key for F5 will be to balance the game’s difficulty, controls, and payoff system to make you feel healthily rewarded for your struggles. Losses need to feel like faults of play, not faults of design. The genre’s credo of mercilessly honing your skills and experience in order to help you survive longer can fast become a sort of addictive, masochistic rhythm, but only if developers justify the steep penalties. 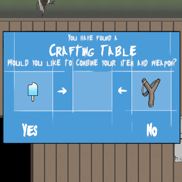 At the very least, however, House of the Lost feels packed with enough charm and great ideas to get me in the door. Here’s hoping I can find my way out. If you’re addicted to gaming punishment too, keep an eye out for this one on the App Store come Halloween time. Meanwhile, feel free to download our Wanna’ Play app to keep track of this and other unreleased treats, and to be the first one to know when your favorite upcoming games hit the App Store!

The Flight of Tyto Preview