House of the Dead Overkill: The Lost Reels Preview 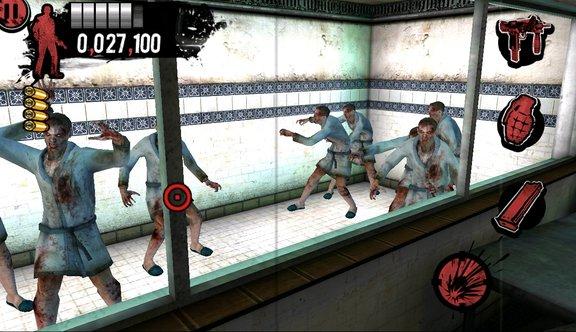 You can never have too much Overkill

As an avid fan of the House of the Dead series, I approached House of the Dead Overkill: The Lost Reels with a slight feeling of concern. It’s an iOS and Android port of a game I thoroughly enjoyed, and it’s always worrisome to see a console game get adapted for smartphones and tablets. Now, having played the game for almost 20 minutes, my feeling of concern has turned into one of anticipation.

But before I start waxing excitedly about what I liked, let me offer up a brief history lesson. House of the Dead: Overkill was first released for the Wii in 2009. Like previous entries in the series, it was a rail shooter where players served up a bullet-y lunch to any and all zombies in their way. In 2011, House of the Dead Overkill – Extended Cut was released for the PS3. The game featured two new levels, updated cutscenes, and PS Move support.

Also, fun fact: House of the Dead Overkill holds the world record for the most swear words in a game. What a pedigree!

House of the Dead Overkill: The Lost Reels is something of a best-of compilation of the past two Overkill releases. It features content plucked from both, as well as a revamped control scheme to better suit its new mobile digs. When you first fire up the game, you have the option of playing with either accelerometer or touch controls – although you unlock a “tap to shoot” control scheme upon beating the game. At the recommendation of a nearby developer, I opted for touch controls. 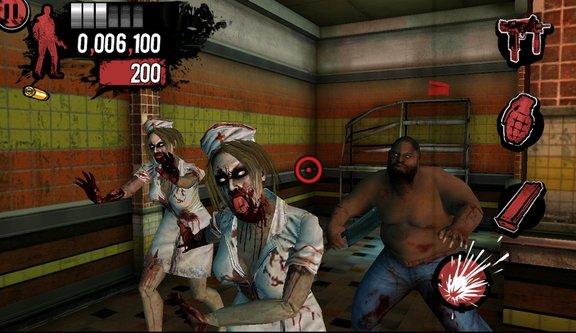 On one side of the screen, I could drag my finger around to move the on-screen reticle. On the other side, I could tap buttons that allowed me to fire, reload, and unleash special weapons. In typical rail shooter fashion, I frequently found myself in a position where I didn’t reload fast enough and a zombie was trying to eat my face. It was frantic, it was fun, and most importantly, it worked like a dream.

Sega also made the excellent decision to not tone down the game’s over-the-top action. Each headshot rewards you with a bloody explosion of zombie meat, and tossing a grenade will result in a swift (and also bloody) death of all on-screen zombies. And this isn’t a case of violence for the sake of violence; it’s violence for the sake of awesomeness.

The Lost Reels is expected to hit iOS and Android in late April.

Fish Out Of Water Preview