Ham on the Run Preview 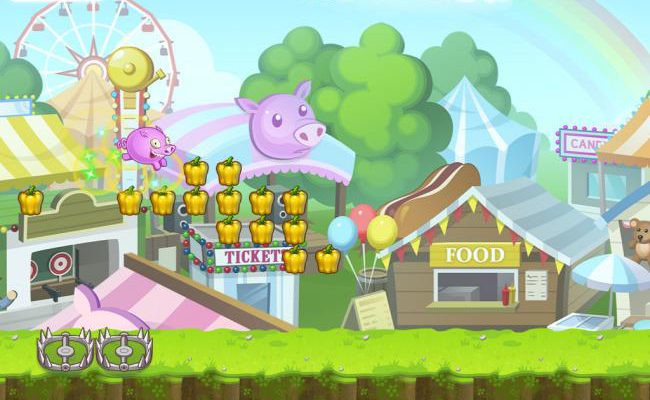 I can’t say I’ve ever wondered what pigs do for fun, and that’s a failing on my part. It’s the kind of thing people should know, along with what board games horses love to play. Kindly, with Ham on the Run for iOS, developer Glu has provided insight into the first of those mysteries. The horse one is still up in the air. 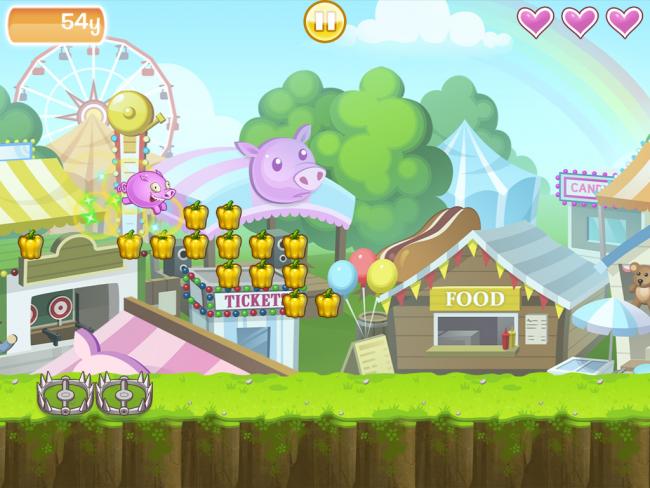 An endless runner, Ham on the Run will challenge players to travel as far to the right as they possibly can. They won’t be in it alone, though, thanks to an arsenal of power-ups and modes of transportation like rockets and magic carpets. You know, typical farm animal stuff.

Of what’s been shown so far, the theme and appearance strike me as the standout elements of the game. It’s a colorful, carnival-esque world, featuring rockets that randomly fly by, bear traps, and bell peppers that hover in the sky. Wait… this sounds like the worst carnival ever. At least it’s colorful. 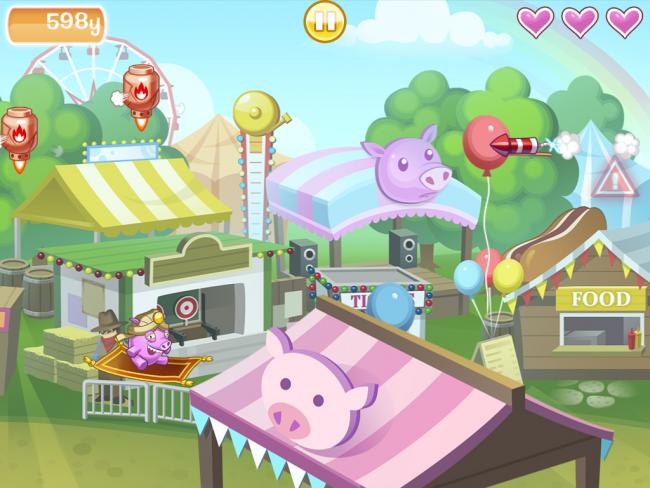 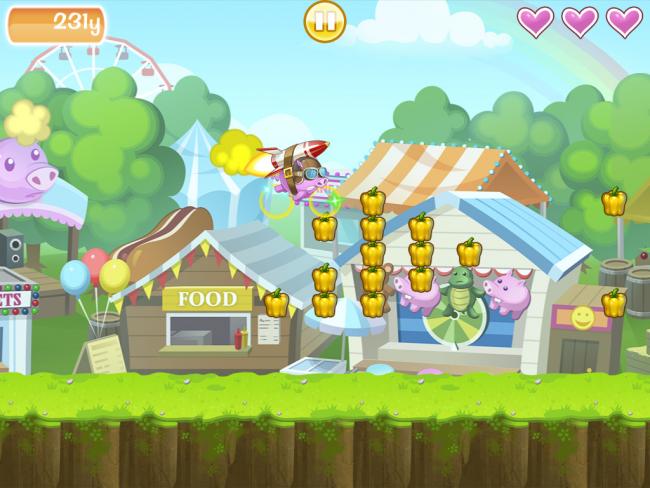 No release date has been announced yet, but Glu is promising “more chickens than you can count” to show up in the final product. Having won the chicken-counting contest at the state fair three times running, I have my doubts about that claim.