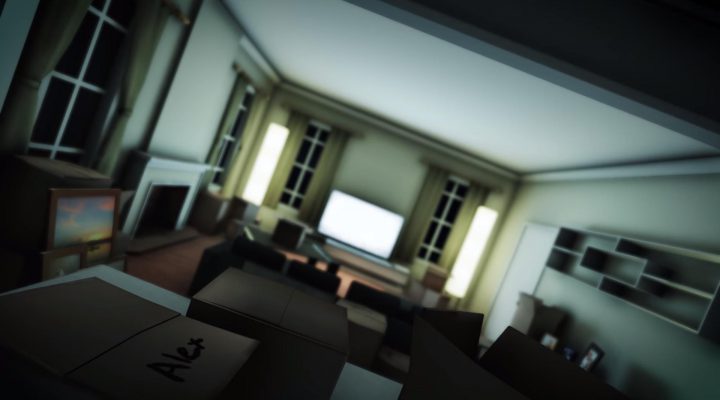 Halfbrick Studios, best known for colorful and chaotic arcade games like Fruit Ninja and Jetpack Joyride, is working on something a bit darker for its next release. Shadows Remain includes elements of first-person adventures, hidden object puzzles, and horror games to create a hauntingly immersive augmented reality thriller.

The game puts you in the role of a parent who has recently moved into a new home. After unpacking the bare essentials for the first night, you notice your young child, Alex, has gone missing. The game follows your desperate search within not only this strange new house, but across multiple time periods as reality and the world around you become distorted.

The teaser trailer above shows off some gorgeous 3D environments featuring the home at night in the modern day, as well as flashbacks to a yellow color casted past that feels rooted in the ’70s or ’80s with its floral wallpaper and brightly patterned couch. There are a number of flashes to a tea set and brief glimpses of a person or doll lying unmoving on the sofa, giving a definite sense that something disturbing happened here in the past. The trailer ends with an unnerving Poltergeist-esque view of children trapped within the modern TV set saying “Mommy, where are you?”

While the video doesn’t show any direct gameplay, Halfbrick has described players’ experiences with Shadows Remain as “physically interacting with beautifully rendered 3D environments, perspective-based puzzles, and deceptive illusions.” We’re getting a bit of a Gone Home vibe from the world with some Singularity mixed in, although Shadows Remain’s use of puzzles, augmented reality, and suspense should result in its own unique player experience.

Shadows Remain will take place across multiple episodes, with the first episode launching for free on iOS on Friday, October 13th. You can sign up for alerts about the game’s release at ShadowsRemain.com.

Restore the Magic in Our EXCLUSIVE PREVIEW of Cubis Kingdoms