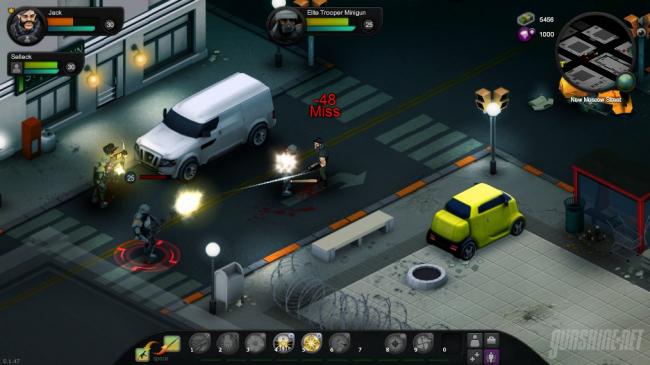 It may still be early, but Gunshine.net shines

Gunshine.net is a free-to-play online RPG with a strong social element that, while not actually a Facebook game, features well-integrated support for the world’s most popular social network. Currently in closed beta, it’s a little different than what you usually see in social games; instead of the family-friendly fun of planting crops or digging for treasure, you’ll be killing enemy gang members, blowing up buildings, and rebelling against an authoritarian overlord who maintains control of a downtrodden population through a viciously addictive drug known as “W.U.Z.Z.”

The game is set in Dawnbreak City, an artificial island created by a huge and appropriately evil corporation called Labycore. Character creation is simply a matter of choosing gender and one of three character classes – hunter, bodyguard or doctor – after which you’re dropped into the game’s opening area. Following a brief tutorial, and with very little in the way of explanation, you’ll break out of the surprisingly insecure Dawnbreak immigration center and take your place as a low-ranking member of the resistance.

You begin the game with nothing more than the clothes on your back and a basic weapon. Fortunately, that’s all you’ll need to tear through the first few areas, earning money, equipment, and experience. As your experience grows and your level rises, new abilities will open up, such as the hunter’s “leg shot,” which slows enemies, or “knockdown,” which bowls them over. While most of the game can be played solo, some segments, like the boss battles, demand multiple players, and that’s where Gunshine.net really, well, shines. You can log in with your Facebook account, post status updates to your page, search for friends who play the game, and invite them to join you on quests. It’s easy to team up with random strangers to get a job done too, but naturally it’s a lot more fun if you can bring some real friends to the party.

Characters improve by earning experience and money through missions, which at this point are all either “fetch” or “kill” quests, but like virtually all free-to-play games, Gunshine.net also offers the opportunity to move things along with “diamonds” that can be purchased with real money. Instead of taking the time to accumulate in-game currency to train skills or buy a better gun, you can simply pay for things with diamonds instead, allowing you to build the character of your dreams almost instantly. 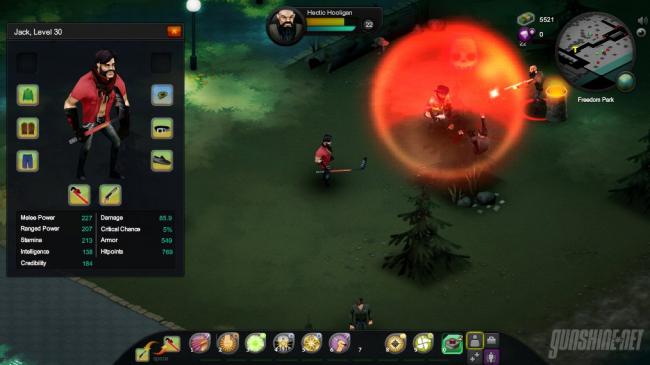 Is it fun? The story is paper-thin and gameplay is very simplistic. Violence is front and center, yet very cartoonish and blood-free; parents may be put off more by the surprisingly bad language your character blurts out when she’s been shot than by the actual shooting itself. At this stage it’s still very much a beta version, with all the rough edges and balances issues that implies, but there’s definitely some potential here. If Supercell can tune it up and add a little more depth, Gunshine.net might turn out to be a real contender in the social gaming arena.