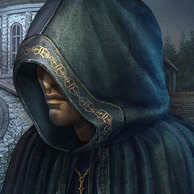 A teaser has appeared on Awem’s website for Golden Trails 3, the hidden object adventure follow-up to Golden Trails: The New Western Rush, and Golden Trails 2: The Lost Legacy. This time around, the mystery is set in Paris, France in the 1690s.

“The game opens as Jacques, the main hero, is walking along a dark Parisian street. He notices someone dressed in a shapeless garment follow him. The stranger quickly approaches Jacques and knocks him out. Jacques regains consciousness in a bar and feels a burning pain in his shoulder. He tears off his shirt and sees a strange stamp on his shoulder.

As the story unfolds, Jacques finds out that he is stamped with a secrete sign of the Templars and that he is meant to revive the Templar Order which was destroyed long ago. Guarding the Order principles and beliefs, struggling against the Black Templars, treasure hunt and more await in Golden Trails 3.”

Set a Gamezebo Alert to follow this game, and we’ll post more information as we get it.